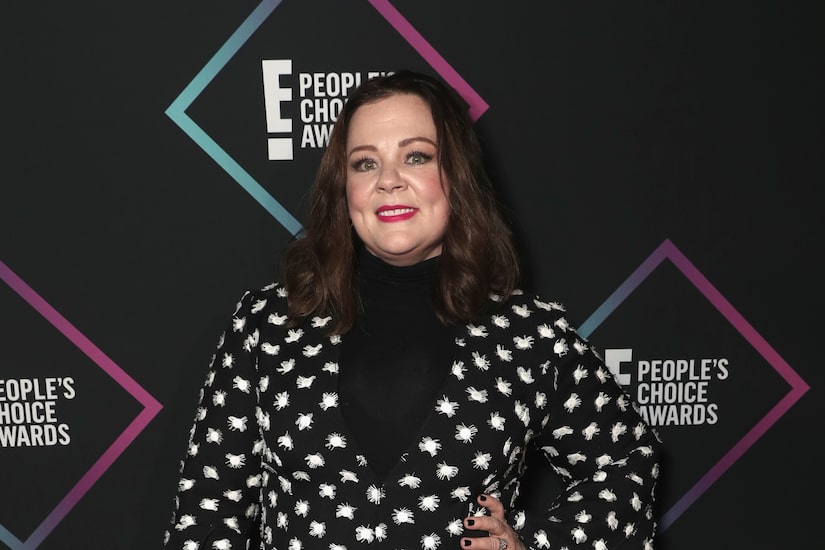 “Extra’s” Cheslie Kryst spoke with the three women about the show, which was shot in Nicole’s homeland of Australia.

Melissa opened up about falling in love with Australia while shooting “Nine Perfect Strangers,” noting, “There was a farm I kept looking at — I just kept creepily driving by it. My whole family did. We stayed five extra months. We just loved it.”

McCarthy recently teamed up with Meghan Markle for her 40th birthday initiative “40x40,” which is a "a global effort encouraging people around the world to commit to giving 40 minutes of their time to support women going back to work.”

During the skit, Meghan and Melissa talked about getting matching tattoos, but did they actually do it? Melissa quipped, “I have half of it. It's half of my body. I can’t reveal, I'm gonna show her first.”  She added, “The fact that she is like I am going to ask 40 people to help woman enter the workforce have COVID… I was delighted to be part of that.”

While Nicole had the Internet going crazy over her pixie cut recently, she was rocking “early morning curls” for the virtual interview. She said, “I'm in Sydney right now so it is early in the morning here. So you've got my bed hair.”

Nicole is playing a wellness resort guru who promises stressed-out guests a better life. Nicole didn’t base her character on anyone in particular, saying, “No, cause she's so unusual and I would hope so original… ‘Cause I feel the show is so original. We're dealing in subject matter that is kind of… new-horizon subject matter and I love that.”

Nicole also discussed portraying Lucille Ball in “Being the Ricardos.” She dished, “We finished it up, so I think they're editing it now and it's coming out at Christmastime… People keep thinking you're doing a remake of the ‘I Love Lucy’ show and it's not that at all… It's called ‘Being the Ricardos’ because you're looking at the marriage of Desi Arnaz and Lucille Ball, which is fascinating.”

Kidman pointed out, “She also formed her own production company. She ran this like it was a studio at a time when women didn’t do that. She’s a trailblazer, and I didn’t know any of that.”

In “Nine Perfect Strangers,” Regina is dealing with grief, something she could relate to in her character. She said, “I think we all know pain, loss, hurt, anger — those feelings.”