Halsey announced the news on Instagram with a pic of the family as well as one of Ender breastfeeding.

The singer wrote, “Gratitude. For the most ‘rare’ and euphoric birth. Powered by love.”

Halsey announced their pregnancy in January with a photo shoot by Sam Dameshek. They wrote in the caption, “surprise! 🍼🌈👼🏻”

A few months later, Halsey and Alev sparked marriage rumors when they stepped out in L.A… wearing what appeared to be wedding bands. 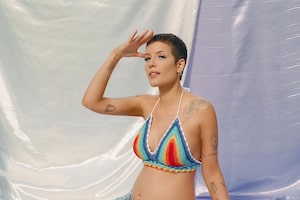 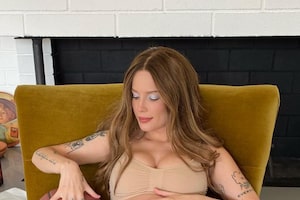