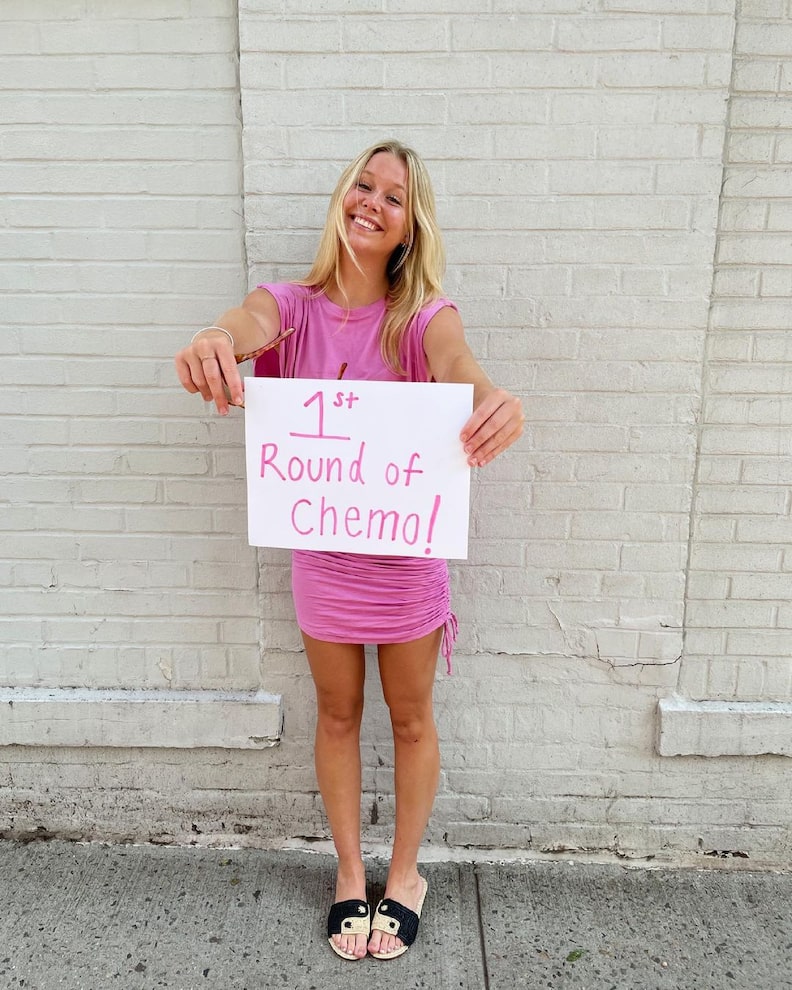 The “Anne with an E” star opened up to People about the very rare diagnosis, revealing it is considered stage 3 because it has spread to her lymph nodes.

Miranda detailed how she found out, saying she was on a weekend beach getaway with friends when she "brushed across a lump that I hadn't felt before.”

McKeon said she “immediately went to the worst-case scenario,” thinking, “’This is the moment where everything changes and there's no going back.’ But after going down a little Google rabbit hole, my mind was at ease because I didn't think anything could be wrong because of my age."

The Netflix actress did make an appointment with her doctor, which included an ultrasound and biopsy of the lump.

McKeon said, "I think they were more concerned than they let on because I really didn't think anything of it, to the point where I flew to San Francisco, where I was going to do a three-week work stay program on regenerative agriculture. I had just touched down in San Francisco and all my messages were coming through and I got the call that the biopsy came back positive."

That was back in mid-June, and since then she has undergone ultrasounds, mammograms, and more, telling People the case is “one in a million” because she’s still a teen.

McKeon is optimistic, saying, "My doctor was like, 'Your stage doesn't define you. And your cancer is your cancer.' Which I appreciate because when you hear someone's stage, your mind goes straight to one place or another and I don't think that's necessarily representative of what I'm going through. Although I don't have the easiest case scenario, like I wish it hadn't spread to my lymph nodes or that it was a little less complicated, I never had a moment where I was like, 'Oh, am I going to die from this?' That was never really a thought. I think this entire time it's been more of like, 'Okay, we're going to treat this and solve it.'”

She’s looking at a long road ahead with four months of chemotherapy and infusions every other week. Next will be radiation and maybe surgery.

In the midst of it all the doctor brought up Miranda freezing her eggs.

McKeon’s mom Jill said, "That was gutting. I said to the doctor, 'We'll talk about that later, this is already enough information.' She was like, 'Actually, we're talking about this because we have to.'"

Miranda decided to take steps to harvest her eggs, saying, "It's a safety net. I'll probably be able to have kids naturally on my own, and hopefully they'll just be donated to science in however many years, but we'll see."

Miranda is using her blog and Instagram to share her journey, saying, "I'm writing these pieces and it kind of just comes out of me. I feel more alone when I keep a piece to myself, so I've found so much strength through sharing it with this community."