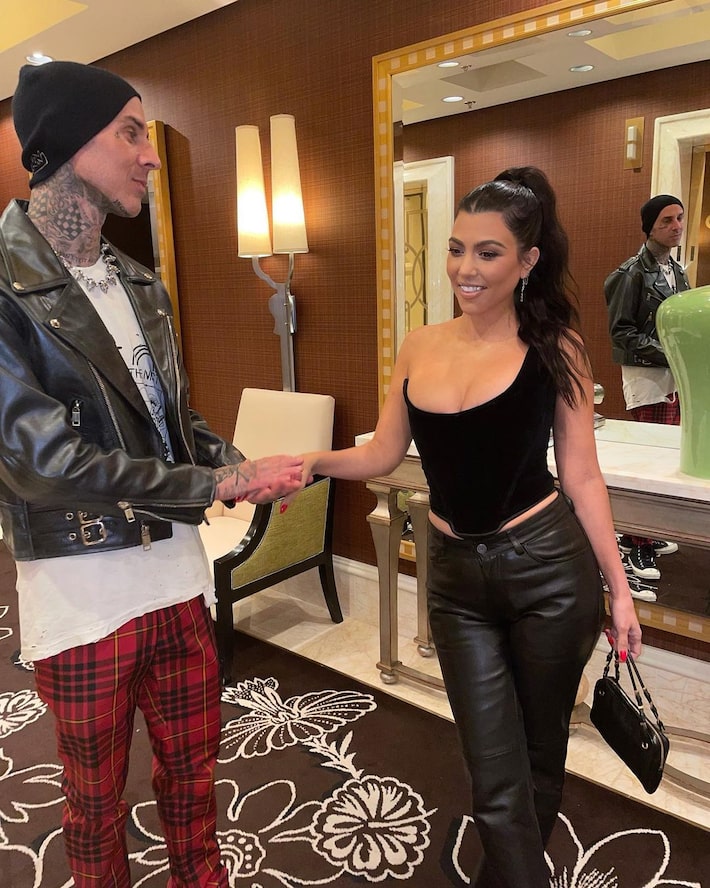 Did Kourtney Kardashian and Travis Baker secretly say “I do” in Las Vegas?

The couple headed to Vegas over the weekend for the UFC match, and Kourtney shared some flirty pics of the pair in a hotel hallway.

She included the caption, “what happens in Vegas,” and Travis responded with a devil emoji.

Her hairstylist Glen Oropeza posted the same pics, but teased, “…NOWWW I understand why ppl tie the knot in Vegas 💒🖤There’s nothing like love AND a good time 🥳.” Eagle-eyed followers even noticed that at one point he changed up the emojis, deleting a ring and adding a black heart.

Travis’ daughter Alabama, 15, fueled the flames when, according to BuzzFeed, she posted a pic of her dad with Kourtney on Instagram Stories and wrote, “So happy for you guys.”

Khloé Kardashian also sent her sister Kourtney a giant bouquet of white roses. The card attached, however, did not allude to the wedding. It just said, “Thank you Queen for being practically perfect in every way.” 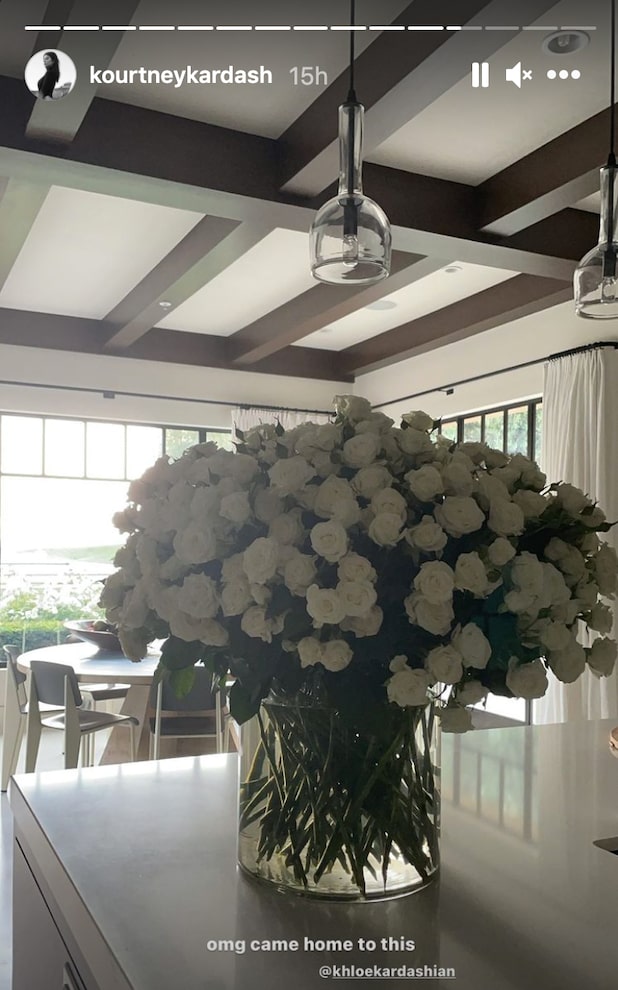 Meanwhile, The Sun claims the couple is not married after learning they never obtained a marriage license in Vegas.

Instead, their sources say Travis got down on one knee and popped the question during the trip!

Fans will just have to wait and see if the couple, first linked back in January, makes a big announcement. 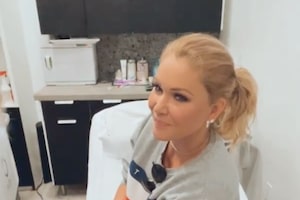