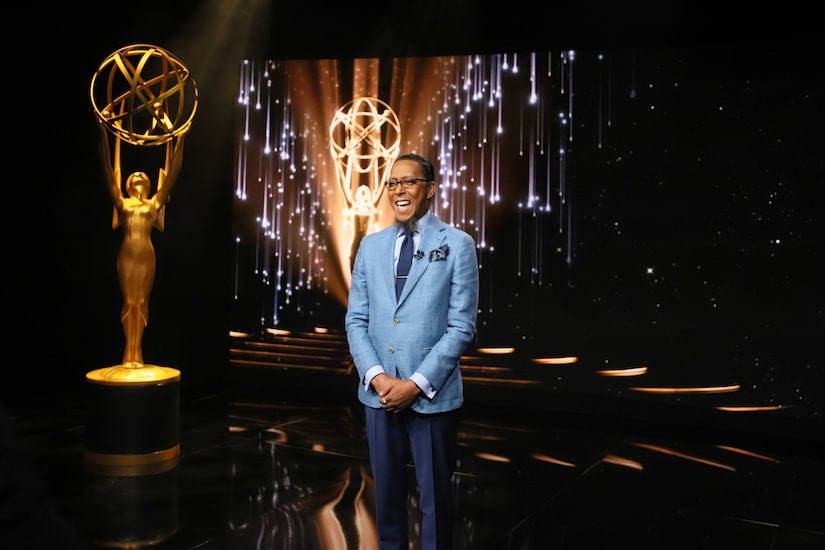 “This Is Us” star Ron Cephas Jones and his daughter, “Blindspotting” actress Jasmine Cephas Jones, announced this year’s Emmy nominees, and “Extra’s” Jenn Lahmers spoke with the pair afterward.

Ron praised his co-star Sterling K. Brown, who plays his son on the show and is up for Lead Actor in a Drama Series, saying, “Sterling is an incredible actor. I'm so proud of him and everyone over there at ‘This Is Us’… They are like my extended family.”

The father and daughter, both past Emmy winners, gushed over being able to make the announcement together. Jasmine said, “It is really amazing. Not a lot of fathers and daughters get to share this moment. With the Emmy wins of last year and to keep on celebrating it and be involved something like this is pretty awesome.”

The two were the first father-daughter duo to win Emmys in the same year last year. Will they ever work together? Ron said, “Jasmine and I have been talking about that for a long time… Right now, it’s about timing… We have some plans to do something together.”

The two hope to walk the red carpet this year, too. Ron said, “Hopefully, we will get a chance to do that this year… I know Jasmine is in it for the long game and so am I.”

Inclusion and diversity are hot topics and Jasmine said, “There’s change happening, which is always good.”

Ron added, “Consistently, every year, there seems to be inclusion. We’re still working on trying to change the foundation.”