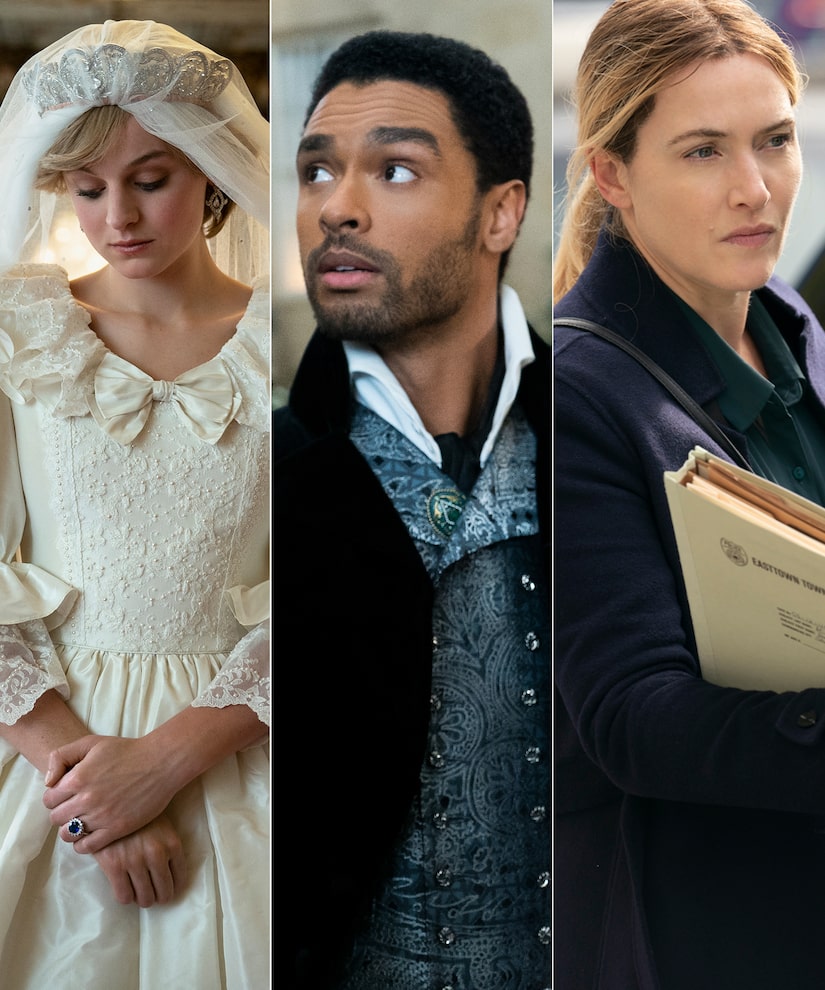 The Emmy nominations were announced Tuesday morning, and a princess, a duke, a detective, and more are all vying for a trophy.

Get ready for some fierce face-offs at this year’s ceremony, like Emma Corrin vs. Olivia Colman, who play Princess Diana and Queen Elizabeth on “The Crown,” as they go head-to-head in the Lead Actress in a Drama category. And it will be a sing-off between Lin-Manuel Miranda and Leslie Odom Jr., who were both nominated for Lead Actor in a Limited Series, Anthology or Movie for their live-action performances in “Hamilton.”

A must-mention is the Duke of Hastings aka Regé-Jean Page, who is up for Lead Actor in a Drama Series for his smoldering part on “Bridgerton.” The steamy romance will also be competing with “The Crown” in the Outstanding Drama Series category.

Speaking of drama… “Pose” is also in the running!

“Extra’s” Jenn Lahmers spoke with MJ Rodriguez, who made history as the first transgender actress nominated for a lead Emmy… and the first Latina nominated for dramatic acting since Rita Moreno 46 years ago.

MJ told Jenn, “It’s kind of mind-boggling and surreal,” adding, “I feel so happy. I feel seen. I feel represented… and I’m thankful.”

Her co-star Billy Porter is hoping to pick up his second Emmy win after an emotional final season for his character Pray Tell. He told us last month, “It’s bittersweet. I had the opportunity to use Pray Tell as a surrogate and proxy for my own healing… It’s the death of Pray Tell, but the rebirth of me.”

Along with Page and Porter in the Lead Actor in a Drama Series is Sterling K. Brown from “This Is Us.” Brown took to Instagram to thank the Television Academy for the “incredible honor,” adding, “so happy for my show… it got nominated as well!”

After the announcement, Ron praised Sterling. He told Jenn Lahmers, “I'm so proud of him and everyone over there at ‘This Is Us.’”

Meanwhile, over in the comedy categories we have “Ted Lasso” up for 20 nominations, including nods for Outstanding Comedy Series, Jason Sudeikis for Lead Actor, and Brendan Hunt for Supporting Actor.

Brendan told “Extra’s” Billy Bush of the nominations, “I mean, it's nuts, you know…? We never even talked about this… and here it is, so for that energy to just come back at us... it's a great little feeling… I lack the words.”

Jason will face off with heavyweights like William H. Macy and Michael Douglas, whose “The Kominsky Method” was also nominated.

Over in the Lead Actress category is Jean Smart for her new show “Hacks,” about a comedian in Las Vegas. It was a big morning for Jean, who is also up for her supporting role on “Mare of Easttown.”

The small-town detective series was a fan favorite, earning star Kate Winslet and the show both nods in the Limited Series category.

All in all, it was a big morning for Warner Bros. Television Group with a whopping 79 nominations, the most of any studio, including for shows like “Ted Lasso,” “The Flight Attendant,” “Lovecraft Country,” and “Friends: The Reunion.”

Check out the full list of nominations here, and watch the Emmys September 19 on CBS! 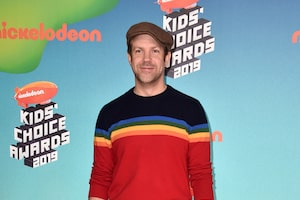 Jason Sudeikis’ Candid Take on Split from Olivia Wilde, Plus: His Emmy Nomination!