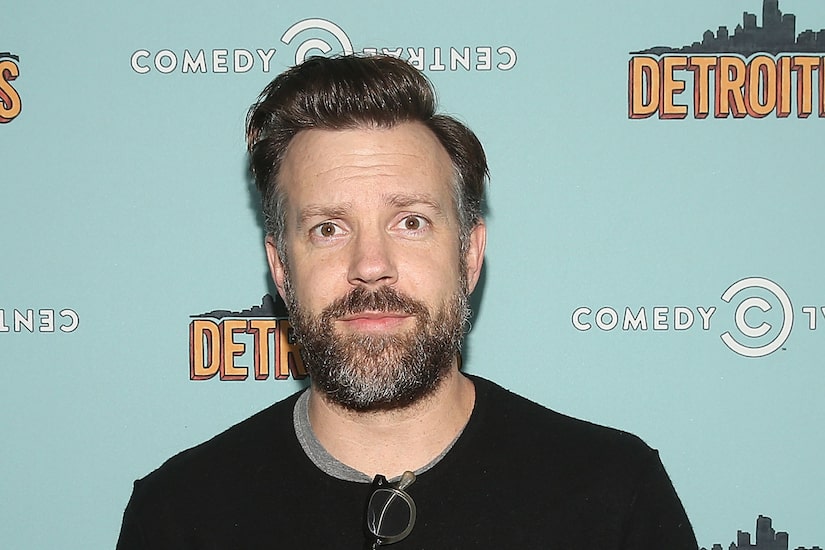 Jason Sudeikis’ series “Ted Lasso” helped us get through the pandemic with laughter, tears, and a great mustache.

“Extra’s” Jenn Lahmers spoke with Jason and his co-star Brendan Hunt about the upcoming second season.

Ted, an American football coach with no soccer experience, is trying to turn his losing English soccer team around. He teased, “We’re gonna figure out a little more about the characters, what’s in their head, heart, and souls.”

The second season was shot in the U.K. over six months.

Jason is not spilling any spoilers, but he did break out the razor and take off his mustache. When Jenn commented on his clean-shaven look, Jason said, “My little girl, Daisy who’s probably only seen me two weeks of her four and a half years alive on this earth… with no facial hair, but I had her in the bathroom with me with the clippers, just take it down so you know it’s still Dad, it’s still Dad, it’s just me.”

Jason and Brendan, aka Coach Beard, are working on building a winning team on the Apple TV+ series, which returns July 23. The two have been friends “since the mid-late ’90s.” When Jenn pointed out that it’s long enough to have blackmail on each other, Jason quipped, “Oh sure, lots of skeletons.”

Jason has picked up a ton of hardware during awards season for “Ted Lasso” and now he is getting one more, a Peabody! He shared, “Flattered, genuinely honored… The fact that we could show these male athletes, these guys that are sometimes stereotyped and put in a box of being knuckleheads and caveman-type mentality, to show them being guys that don’t mind giving hugs instead of high-fives and fist pumps… is something were proud was recognized at that level.”

Brendan added, “The creators of the show, me, Jason, Joe Kelly, and Bill Lawrence, none of us have brothers… We all have sisters, so I guess toxic masculinity was not something we were inclined to grow up with ’cause we were all getting beat up by women pretty much every day.”