Ree Drummond is opening up to fans about how she dropped 42 lbs.!

The Pioneer Woman shared her weight-loss secrets on her blog, explaining “as a 52-year-old lover of food and avoider of exercise, I just really want to share what worked for me.”

The star revealed being “skinny” wasn’t the end goal.

“Though I had gained considerable weight over the past three years and I definitely wanted to slim down for [daughter] Alex's wedding in May, what motivated me the most was just wanting to feel better and have more energy.”

She went on, “In January, just before I bit the bullet and took the leap, I was tired, puffy, and desperate… and I knew I shouldn't be feeling that way.”

So how did Drummond do it? She listed the methods she used, including “calories in, calories out,” adding that she tried to maintain a “calorie deficit on most days.”

Ree added, “Counting my calories was nothing short of eye-opening, and for me it was essential.”

Another tip was weighing her food. “In order to be as precise as possible with the calories I was eating, I used a digital food scale to weigh my food… I had completely lost sight of the volume I was eating.”

She insisted, “I still ate good food. I just ate less of it, and I valued the calories more and made sure I ate things that offered more nutritional bang for the buck.”

Her other tricks included eating less sugar, drinking no alcohol and at one point, when she hit a plateau, she upped her protein intake, too. “Turns out that on a typical day, I had been landing at around 15% to 20% of my calories from protein...so I pivoted and steered my eating so that I was around 30% to 40% protein. It worked!”

Drummond also made time for exercise. “I made exercise a regular part of my day, whether I walked with the dogs or did the rowing machine (which is in our living room!). I learned that making time each day to exercise simply had to be done—because, just like having a baby, there's never a good time,” she wrote.

“I walked 2 to 3 miles, or did the rowing machine, or did Pilates—but not with traditional Pilates machines! I used to do a floor version of Pilates… I exercised 6 days a week, sometimes twice a day (morning walk, evening rowing machine), sometimes just once.”

She also set out to build more muscle mass in her legs and butt. Her husband Ladd, who was recovering from an accident, helped coach her. “So Ladd, while stuck in his neck brace, by the way, showed me how to do lunges, squats, straight-leg deadlifts, and calf raises.” 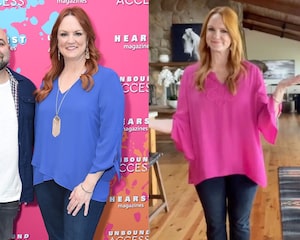 Ree said she was “pitiful” at the beginning, adding, “Today, a few months later, I am just now able to do a real lunge all the way to the ground. I can do squats!”

She joked, “But now, poor Ladd is actually tired of me asking him to squeeze my thighs and comment on their current firmness and taking his hand and putting it on my glute so he can feel me flex it… Actually, I don't think he's tired of it.”

Another big health change was switching to a standing desk. “I was writing a cookbook during this timeframe, and the sheer amount of time I had to be on the computer at my desk was shocking,” Ree wrote. “I knew that would translate to a lot of sitting, so I dragged an old standing desk out of our mud room and stuck it squarely in our living room. It made a huge difference, and what I found more than anything was that when you are working in a standing position, you are a lot more mobile and prone to step away and take breaks.”

She wrapped up the post by explaining, “As of today, I've lost 43 pounds. I hesitate to even say that number, because for me, the way I feel today, it isn't about the weight loss. I definitely needed to lose weight for my own preference based on where I thought I should be, but it's more about how I feel after a few months of regular exercise, more moving, and more mindful eating. Feeling good is really all that matters, and because of that, the weigh-ins are becoming less and less important to me.”

“I still love food,” she wrote, “I still cook the same food for my family and me, and I'm a real person who realizes I'm always going to be prone to weigh-in ups and downs. But my experiences over the past few months have equipped me with real, doable tools that I feel like I'll be able to whip out whenever things get off track in the coming months and years.” 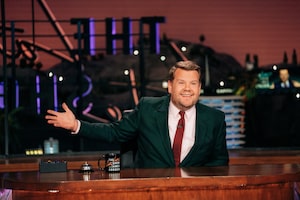 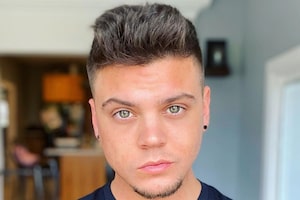 Tyler Baltierra Is Up 34 Lbs. as He Gains Muscle Mass — See the Pics