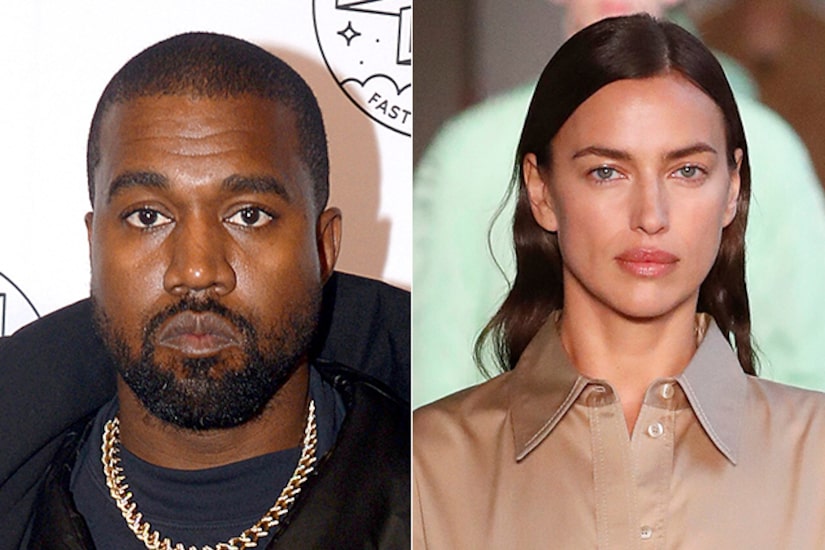 Earlier this week, Kanye West and Irina Shayk sparked dating rumors after they were spotted together in France.

While many are still wrapping their minds around the possible pairing, do Kanye and Irina have a dating history?

A source claimed to Page Six, “Kanye was with Irina briefly before Kim [Kardashian]. He had pursued her a long time ago.”

More than 10 years ago, Shayk appeared in West’s music video for “Power.” He also name-checked her in his song “Christian Dior Denim Flow,” in which he raps, “I wanna see Irina Shayk next to Doutzen.”

In 2011, Irina opened up about working with Kanye, telling The Wall Street Journal’s “Speakeasy,” “It was moving art and it was so much fun to work with Kanye because he's a great artist but also a great person.”

In 2012, Kanye went public with his relationship with Kim, who he married two years later.

Over the years, Irina has been linked to Cristiano Ronaldo, Bradley Cooper and Vito Schnabel.

According to People magazine, Kanye “started pursuing [Irina] a few weeks ago.”

A source shared, “He hung out with her in NYC before they celebrated his birthday in France. She seems smitten. He invited her to France and she happily accepted. They are not officially dating, but there is an interest from both sides."

In April, Irina wore a DMX tee commissioned by Kanye to raise $1 million for the late rapper’s family.