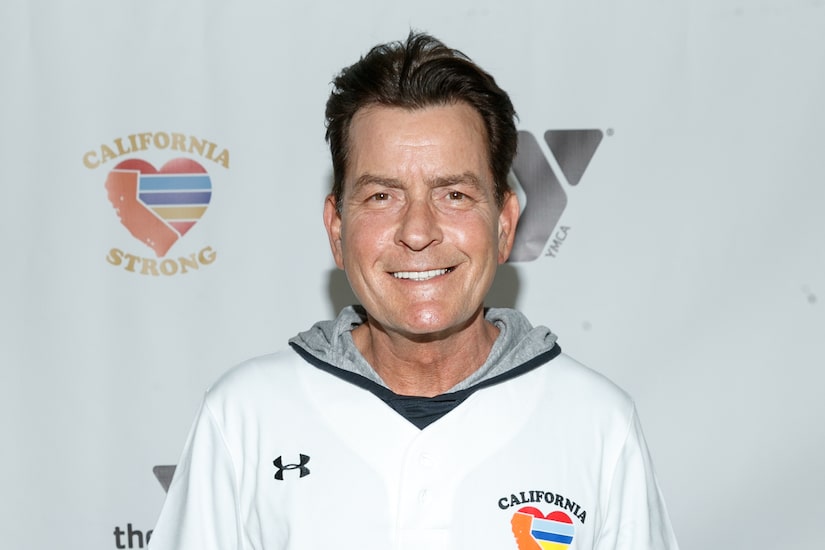 Actor Charlie Sheen is looking happy and healthy as he made his first public appearance since the COVID-19 pandemic!

Only “Extra’s” Terri Seymour was with Charlie as he reunited with his old co-star, Milwaukee Brewers broadcaster Bob Uecker, to raise money for California Strong.

When asked how it’s been for him and his kids, Charlie answered, “From its onset, I approached it how I approach every other day. I just led with common sense and common courtesy. So when they told me to stay home, I stayed home. When they told me to wear a mask, I wore a mask… I'm a fan of science.”

As for his kids, Sheen said, “They’re all great — there’s a bunch of them… And they follow my lead on that stuff.”

Did Charlie take up any new hobbies?  He said, “I had a host of stuff that I was gonna dive into. A second language or an instrument. None of it happened… Suddenly, there was just too much good programming to miss.”

Sheen’s work with the disaster-relief group California Strong is “raising funds for organizations and individuals and people that are upside-down right now and needing assistance.”

The group held a special drive-in movie event featuring his 1989 hit movie with Uecker, “Major League.” “It’s turned into a muIti-generational film experience, you know. It’s the type of film that fathers pass to children.”

Charlie is a huge baseball fan, but do his kids love the sport as much as he does? He shared, “They don't. Nobody in my family really took to the game and got as deep into it as I did and have and do.”

As for the possibility of giving up his acting career to play professional baseball, Charlie said, “Twenty years ago, I'd said, ‘Yeah.’ But today, standing here at 55, and I can still do my job and hopefully do it well, I think this is the best of both worlds over here.”