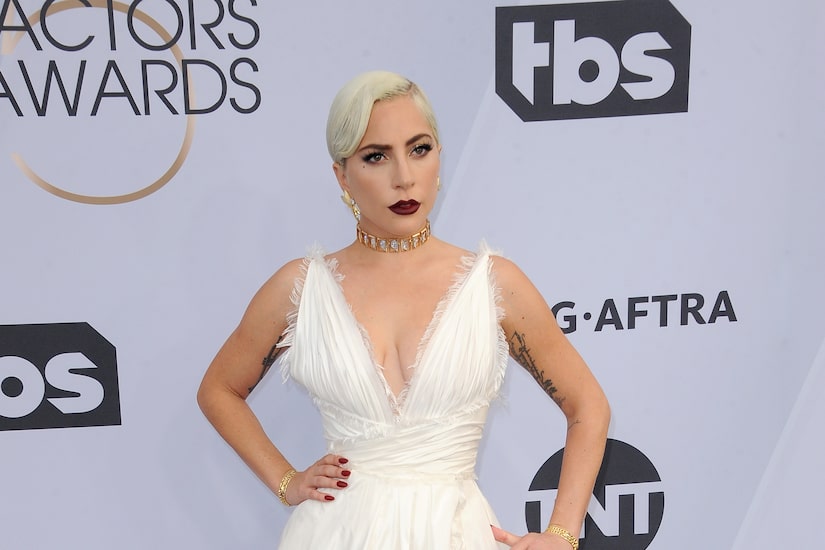 Singer Lady Gaga is opening up about her painful past.

During an appearance on Prince Harry and Oprah Winfrey’s new Apple TV+ docuseries “The Me You Can’t See,” Gaga revealed that she was raped by an unnamed producer, which led to a pregnancy.

She shared, “I was 19 years old, and I was working in the business, and a producer said to me, ‘Take your clothes off.’ And I said no, and I left, and they told me they were gonna burn all my music. And they didn't stop, they didn't stop asking me, and then I just froze and I just... I don't even remember.”

After blacking out, Gaga said she felt “full-on pain” and numbness along with being “sick for weeks and weeks and weeks and week after” the alleged sexual assault. She pointed out, “I realized that it was the same pain that I felt when the person who raped me dropped me off pregnant on a corner.”

“I wanna be able to tell everyone watching that I dry my tears now and move on, and you can come back from things like that,” Gaga stressed. “But when it hits you really hard, it can change you. I couldn't feel anything, I disassociated, my brain went offline, but you are in an ultra state of paranoia.”

Gaga revealed that she had a “psychotic break” and wasn’t “the same girl” for a few years. She explained, “The way that I feel when I feel pain was how I felt after I was raped. I've had so many MRIs and scans where they don't find nothing. But your body remembers.”

Gaga noted that she was diagnosed with PTSD years later.

Of her struggle with mental health, Gaga said, “It's a real thing to feel like there is a black cloud that is following you wherever you go, telling you that you are worthless and should die.“

Gaga admitted that she dealt with impulses to self-harm, saying, “I used to scream and throw myself against a wall, and you know why it’s not good to cut, throw yourself against a wall and self-harm? Because it makes you feel worse.”

While Gaga is in a better place these days, she still has days when she struggles. She emphasized, “The line that I walk, it's actually feeling like I want to cut myself and feeling like I don't, are actually real close together. Everybody thinks it's going to be like a straight line, that it's like every other virus, that you get sick and then you get cured, you know? It's not like that. And actually, I think that traps people because you get frustrated with yourself, ‘Why am I not getting better, what is wrong with me?’ And you know what? There's nothing wrong with you. But there is something that's not firing right, and that's not easy'.

Gaga also discussed why she was speaking out, saying, “I’m not here to tell my story to you because I want anybody to cry for me. I’m good. But open your heart up for somebody else. Because I’m telling you, I’ve been through it and people need help. So, that’s part of my healing, being able to talk to you.”