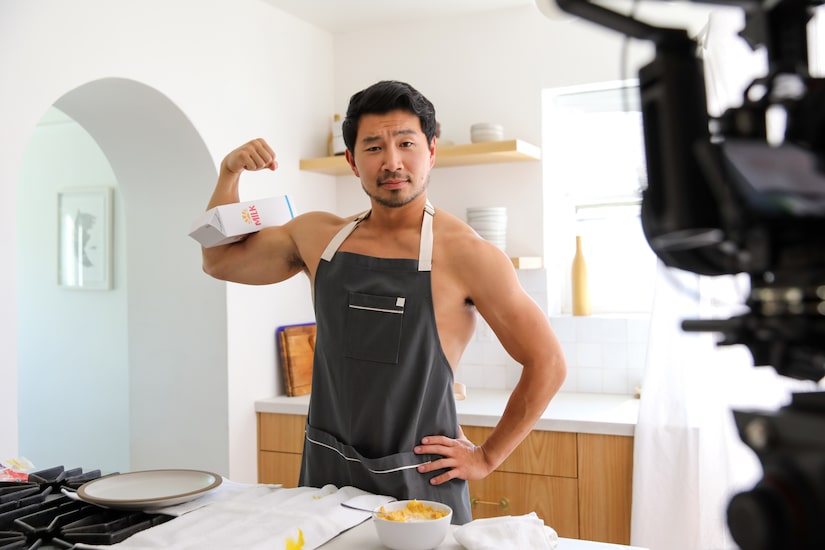 Simu Liu is bringing Marvel’s “Shang-Chi and the Legend of the Ten Rings” to the big screen this fall, and is helping fight hunger now with the #StayStrongTogether campaign.

“Extra” caught up with the star, who told us his new movie has some of the "best action sequences in the MCU”!

Liu plays superhero Shang-Chi, who was trained at a young age as a martial artist and assassin. He left the Ten Rings organization to live a normal life, but is now being drawn back in.

As a former stuntman himself, Simu revealed he was in on the action. He said, “I do most, if not all [my own stunts], but that being said, we had an incredible stunt team assembled from all the corners of the world.”

Off-screen, Simu is working with the California Milk Processor Board — the organization behind “Got milk?” — to announce their team-up with No Kid Hungry. Together, they hope to provide 1 million meals to kids in need throughout California.

Simu made a fun PSA to show how he keeps a stay-strong mindset and encourages others to do the same. He told us, “I do crush an egg with my bare bicep,” adding with a laugh, “It’s kind of a big deal.”

To participate, post a pic on Twitter or Instagram using #StayStrongTogether, mention @gotmilk, and keep it going by tagging two friends. The fundraiser runs through June 30, and each post will raise $1 for the No Kid Hungry and “Got milk?” campaign.

Learn more about the California Milk Processor Board at gotmilk.com.