Country star Thomas Rhett is one of the biggest names in music today, but at home, he is just “Dad” to his three daughters, Willa Gray, 5, Ada James, 3½ and Lennon Love, 14 months.

Over the weekend, news broke that Thomas and his wife Lauren have another baby girl on the way.

“Extra’s” Jenn Lahmers spoke with Thomas, who admitted, “It’s about to get so much crazier in my house, but I’m here for it.”

As for how they found out, Rhett shared, “We were skiing in Colorado a couple a months ago, we were on a ski lift and my wife was feeling very nauseous and we all kind of joked, ‘You’re probably pregnant,’ thinking that she was obviously not and two days later, we took a pregnancy test and there were two pink lines immediately.”

Thomas announced the big news at his recent concert. He said, “I was on stage in Texas last week and just decided it was time to announce to the crowd we were playing for, it was really special, my wife’s whole family was there, what a crazy thing to get to announce this year… We feel very blessed and excited.”

How does it feel to be back playing for fans in person? He answered, “It was unbelievable, I kind of forgot how much I desired and missed playing live music.”

Thomas went on, “When I walked up onstage in Texas, it felt so amazing to be able to connect with people face to face.” 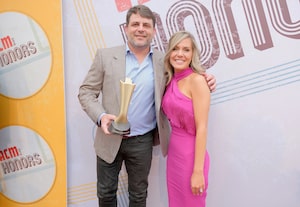 Rhett is also part of The Outsideologist Project, which aims to get 1.2 million kids to spend an extra hour outside each week. He pointed out, “It doesn’t sound like a lot but even I kind of struggled with it early on in the lockdown, I was like well there’s nothing to do, here’s an iPad… There are so many amazing things about being outdoors, even just the health benefits…Those are things that I want my kids to experience cause when I was growing up we didn’t have this technology.”

He emphasized, “We want to encourage parents to come up with unique creative ways to get your kids involved in the outdoors.” 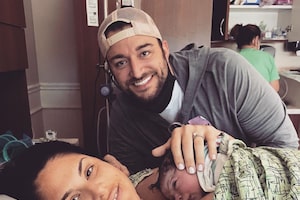 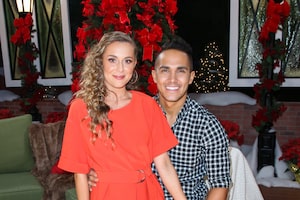 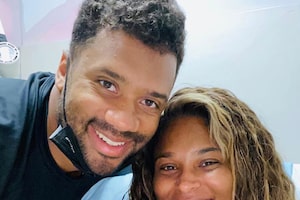