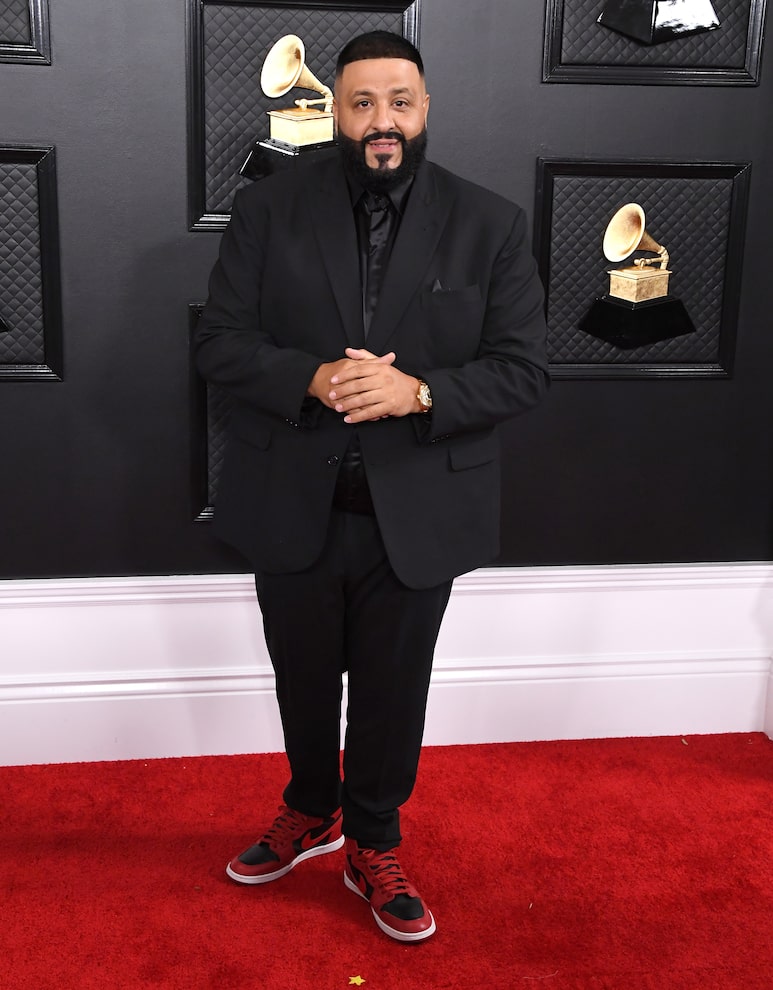 “Extra’s” Cheslie Kryst caught up with the star to talk about his new music and mega collaborations, his recent visit with Kanye West, and what he learned from touring with Beyoncé.

“I’m always Khaled Khaled and I’m always DJ Khaled,” he explained. “It’s the right time for you to call me ‘Khaled Khaled,’ and that’s my birth name. Shout-out to my mother and father. Man, I love them so much for giving me such a beautiful name.”

Revealing why he self-titled this album, he said, “My first and last name are exactly the same. In Arabic, it means immortal… It’s me evolving… At the same time [it’s] representing my legacy… representing me as a father, as a family man… I want people to know Khaled Khaled is somebody that represents light and love and also represents when it’s dark.”

He added, “It’s my 12th album, and I always looked at JAY-Z and Puff Daddy and all the greats. I remember calling JAY-Z ‘JAY-Z,’ but at one point they called him Shawn Carter… People call Puff Daddy ‘Diddy.’ At one point, they called him ‘Sean Combs.’ That’s when they went to the next level… evolving, the next chapter. I want people to know we are just getting started. This is a new decade.”

He also told Cheslie about Kanye West making a surprise visit at his Miami home. “True story is that I was sleeping,” he revealed. “One of my people that work at the house… came and knocked on my door, my bedroom door, early in the morning. I’m like, ‘Is something wrong?’ and they were like, ‘Kanye West is in your backyard’… I go downstairs, and he’s eating eggs with ketchup and vegan bacon that he asked my chef to make.”

Khaled continued, “We just kicked it, man. We had a great conversation. He played me some of his music, I played him some of my music… It wasn’t about getting in the studio to record, it was really just to catch up. He was in town, and we were just catching a vibe. He played some incredible music, I played some incredible music, and we just caught a vibe.”

As for his new music, JAY-Z is featured on “Sorry Not Sorry,” and Khaled recalled joining Beyoncé for the Formation tour.

“The opportunity to work with Beyoncé was a life-changer… It only inspired me to make an album like I made now… Her work ethic is unbelievable,” Khaled said.

Another track, with Lil’ Wayne and Jeremiah, is called “Thankful,” and he opened up about the inspiration behind it: “My kids, my queen, my family, my fans. You know what I’m thankful for? God… I remember I was at the video shoot with JAY-Z, and JAY-Z said, ‘Khaled, God loves you,’ and I said, ‘I love God’… I’m thankful to talk to you right now and bring my dreams to the light.” 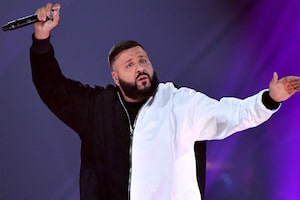 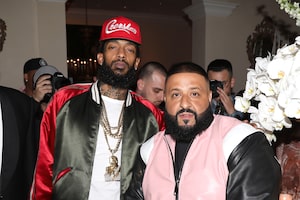 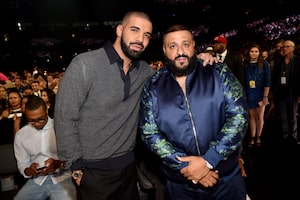