Pro football player Clay Harbor is speaking out in support of Colton Underwood after the former Bachelor came out as gay on “Good Morning America.”

Harbor, who appeared on “The Bachelorette” and “Bachelor in Paradise,” tells “Extra’s” Rachel Lindsay that Colton opened up to him about his sexuality prior to his tell-all with Robin Roberts.

“I've known for about a week now, just from being in touch with Colton,” he said. “I got a chance to talk to Colton and we got a workout together when I was in Denver. My brother lives out in Denver. He called me up was like, ‘Do you want to get a workout in together? Some stuff I want to get off my chest, get your advice on a few things.’ During the workout, he told me he was gay and he was coming out and he had an interview coming out and he was just nervous.”

He went on, “I kind of just told him it would be good, give him a chance to be a teacher about something that he's experienced and he can really teach and help people through similar situations.” 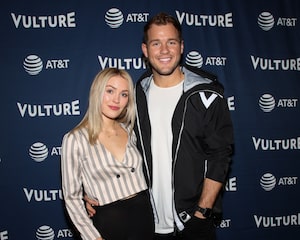 Clay said he is happy that Colton came to him.“I’m glad he did. He just asked me, ‘What do you think the questions are going to be?…’ I told him… ‘Why are you the Bachelor?’ That was my first question. People are going to want to know. He was like, ‘I wanted to be straight and I thought if I did this, this could help me be straight.’”

The two men have similar backgrounds, including playing in the NFL. Clay said they did talk about that, noting, “There’s a lot of testosterone in the locker rooms… He was like, ‘Yeah, there have been times people have said stuff. I was just sitting there joking around with them knowing deep inside, ‘I’m kind of hurting’… That’s one of the reasons he wanted to hide it, he’s this athlete… he wanted to be that guy.”

Harbor said Colton also  talked to Michael Sam, the first publicly gay football player to be drafted by the NFL. “He got a lot of good advice from his as well,” Clay said. 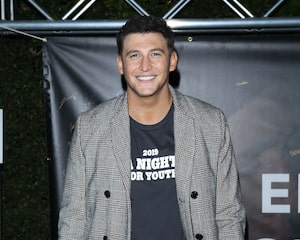 Harbor also asked Colton about Cassie. He shared, “I asked him if he had told her and at that time he had said he hadn’t and he didn’t know if he was going to tell her before or after the interview… Honestly, we didn't go that in-depth on the Cassie stuff, kept it more on what will happen in the interview, what happens when people find out.”

Clay also knew about the Netflix documentary and will be a part of it. “I did do an interview with Colton on his documentary… I thought that was a good thing for him to do, put that out there. People have questions. I think he is going to answer all that.”

He added, “Above anything right now, he wants to help people in the community.” 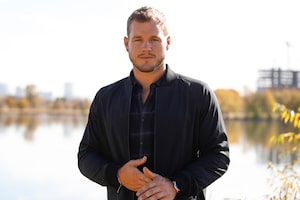