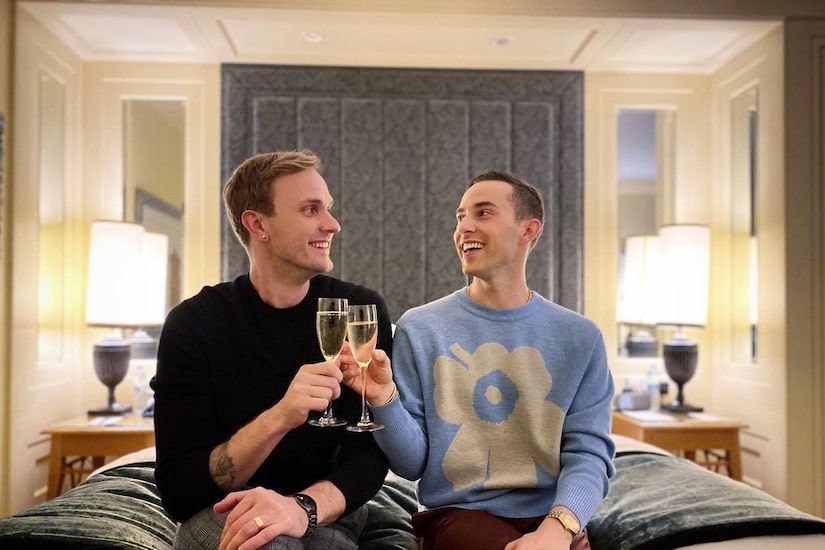 On a recent episode of the “Cup of Joe” podcast, Adam revealed they are planning on getting married “just the two of us.”

He told host Joe Drake, “I think we are just going to straight up… put on a nice shirt, go to the courthouse,” adding, “Weddings are so expensive it blows my mind.”

That doesn’t mean they won’t be celebrating their nuptials. Adam dished, “We basically want to go on the wedding tour. We want to have our friends come visit us, we will visit our friends, have a little celebration intimately with all of our friends so we can really to live it up and celebrate.”

Rippon said the plan is to “travel around, share our story with our friends, have a few glasses of wine.”

The pair met on Tinder in 2017 but had a lengthy period apart due to COVID. Rippon was in the U.S. while JP was in his native Finland.

When they finally reunited, the couple got engaged and announced the news in February.

Adam wrote at the time, “JP and I didn’t get to see each other for almost all of 2020 because of the pandemic. When there was finally a chance for me to go and see him in Finland, I jumped at it. I was there for a little over two months. While I was there, I would tell him about five million jokes that I would want to pitch during my 5 hour zoom meetings for our NBC comedy (hi, @billy4529 and @susankittenplan ). And he would drive me into the Finnish forest where I would attempt to try and ‘help’ him shovel snow so he could keep working on the cottage he’s building. So, in between all that and binging the entire 4 seasons of The Crown, we bought ourselves some rings and said that magic word.. ‘duh!’ We got ~*engaged*~ 🥂❤️”

In a statement to People magazine, Rippon gushed, “I’m excited to marry JP because he’s just the best. He’s kind, he’s funny, and he’s just as beautiful on the inside as he is on the out (which is a lot). He’s my cheerleader and I’m his. I just love him a lot." 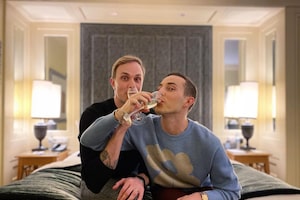 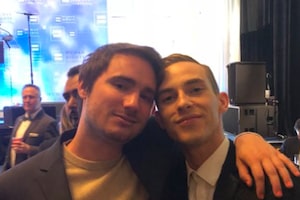 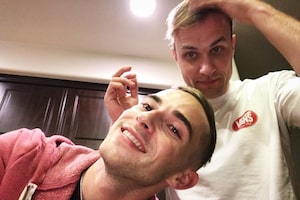