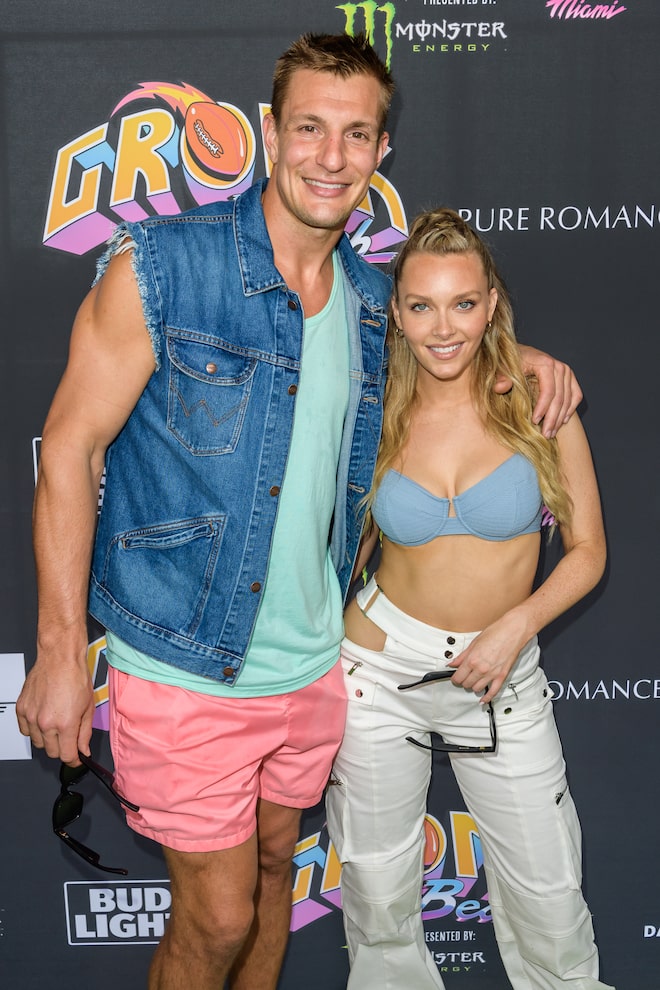 Camille Kostek is opening up to “Extra’s” Nate Burleson about her relationship with Tampa Bay Buccaneers Super Bowl winner Rob Gronkowski and their new puppy!

She also chatted about the couple’s friendship with Buccaneers quarterback Tom Brady and his wife Gisele Bündchen, Camille’s hosting gig with “Wipeout,” and the new SI swimsuit issue.

Nate asked her, “Celebrating another Super Bowl, which is another ring… Speaking of rings… have you guys thought about that next step?”

Kostek told him, “I mean, Rob and I are going on seven years of being together… I wouldn’t still be with Rob if I didn’t see us continuing to grow in this relationship.”

Sharing how Rob G. is doing, she said, “He’s doing good. He’s actually in the city with me… and sees these projects that I’ve had my hands in and sees what I’m up to and stuff, just like I’m on the sidelines with his work. So it’s cool to have him up in my career life now.”

Rob and Tom are good buddies after playing together with the New England Patriots and now the Bucs. So has Camille become close with Gisele? “There’s a reason I looked up to Gisele before I was in a relationship with Rob… being a model in the industry, I’ve admired her from afar.”

She added, “Now that Tom and Rob created their relationship… I’ve had my times with her, but she’s still so busy. She’s a mom, she’s a supermodel, she’s Wonder Woman… We have that, like, telepathy, like we understand these lives, we understand their moving careers, and we’re here to support them.”

And Rob will surely be supporting her as she hosts the reboot of the physical competition show “Wipeout.” Kostek said, “It’s bigger and better… I think the hosts are amazing too: myself, John Cena, Nicole Byer.”

And no, they haven’t tried the course! Camille said, “All of us, I think, really want to try it… Out of the three of us, I strongly feel like John could conquer it, but I can’t promise that he wouldn’t be wiped out because there are some athletic people, some people who have trained who have sworn they watched every episode from every season… and they still get wiped out in one second.”

Camille is also back in SI’s Swimsuit Issue out in June, saying, “I got into a lot more shape in quarantine. Rob and I are both, like, very plant-based… We really turned into leveling up health-wise and it helped me get ready for the shoot because… it’s always last-minute. You never know what’s going to happen, especially during these times. So as soon as I got that call, I was I was ready to go.” 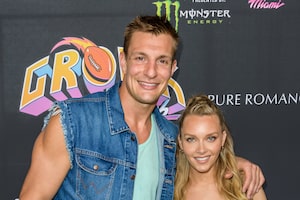 Rob Gronkowski & Camille Kostek Reveal Nightly Routine During Quarantine, Plus: His Reaction to Her SI Spread 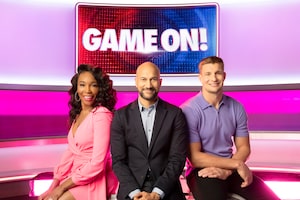 Rob Gronkowski & Venus Williams Showcase Their Competitive Side on ‘Game On’ 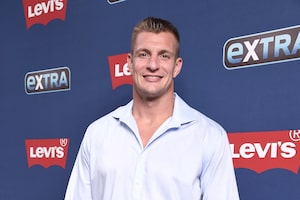