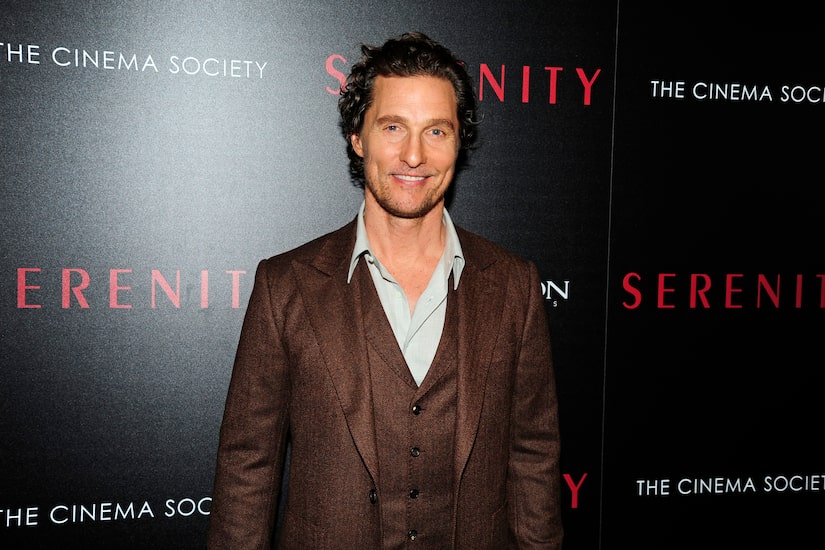 Matthew McConaughey has a lot of titles — Oscar winner, husband, father, author, philanthropist. Could he possibly being adding governor? “Extra’s” Rachel Lindsay talked to McConaughey, asking him about the rumors he may run for governor of Texas.

“It's an incredible, honorable consideration and I'm giving it consideration… I know I want to step into a new role in my life, a leadership role,” he said. “Maybe I can do more to be more useful as a free agent. Maybe politics is not my category, and I mean that sincerely, and I'm trying to look that in the eye, but it's an absolutely honorable consideration.”

He is also stepping up in a leadership role in a major way by creating the star-studded “We’re Texas” virtual fundraiser to help families affected by the winter storm that wreaked havoc on the state. “My wife Camilla came kicking the backside so we got to do something… We said, ‘I got on the phone and started calling and if I didn't have the number, I found their number, and everybody from George Strait, Post Malone, Miranda Lambert, Kacey Musgraves to Gary Clark Jr., Leon Bridges, Don Henley and many more that I'm not even saying right now, said yes immediately, in the first 60 seconds.”

Matthew will host and DJ the benefit, explaining, “I don't want this to be a sob show. We're going to show you down and dirty what’s needed, it's obvious… So while we're here, can't we dance and sing our way through this? Can this be a celebration of helping hands and humanity?”

“I'm going to be in the middle of doing my spoken word, maybe hopefully I'll rhyme somehow,” he continued.

“We’re Texas” will air at 7 p.m. March 21 on Matthew’s YouTube channel, and he shared how folks can help, saying, “We’re gonna have the ability for people to directly donate… Once we get you there, and once you sit at the table and you join the party, then you're in.”

Rachel couldn’t let him go without asking him about a recent picture he posted of himself as Little Mr. Texas. Setting the record straight on the honor, he set the scene for the vintage photo: “1977, 8-year-old Matthew McConaughey gets entered by my mother into the Little Mr. Texas [competition.] All I know is, after I rode out on a horse and answered a few questions, they gave me a trophy and confetti fell… Every morning my mother reminds me I’m Little Mr. Texas.”

He continued, “Two and a half years ago in writing my book, ‘Greenlights,’ I come across that photo. For the first time, something catches my eye… it said runner-up… I said, ‘Mom, I was runner-up. You told me I was Little Mr. Texas.’ She said, ‘I know.’ I said, ‘Why?’ She said, ‘The kid who won, his family had a whole lot of money and so we call that cheating.’” Smiling, he said, “I wonder, would I be sitting here today with the life I had, if I grew up thinking I was runner-up?” 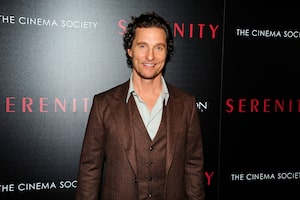 Matthew McConaughey Details Fun-Filled Birthday, Plus: He Opens Up About ‘Green Lights’ 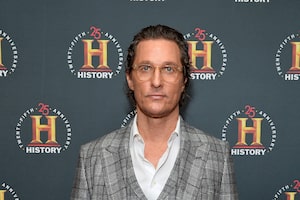 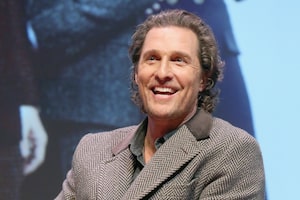