Ahead of his son’s birth, Erik opened up about fatherhood, telling E! News, "To have your first child be one gender and then the second child be the opposite gender, I think is just such a gift. Not to say that I'd be disappointed if I got another girl, but at the same time, I think it's going to be a phenomenal experience."

Angela and Erik are also parents to daughter Claire, who was born in spring of 2019.

Gushing about his wife, Erik shared, “My wife is just a baby making machine. We literally just have to hold hands. Thank God she was born to have babies and she does great during the whole pregnancy. She doesn't get sick at all. Our first birth with our daughter, we got to the hospital at, like, 10 p.m. They gave her the epidural and then we went to sleep and she woke up and had the baby an hour later. It was the smoothest pregnancy."

When asked if he’ll show his kids his movies, like “The Princess Diaries” and “Brink,” von Detten joked, “It's going to be, like, mandatory watching. Every evening before they go to bed they're going to have to watch one of the old flicks.”

In December, Angela broke the news that she was pregnant with their second child. Along with posting a pic of a sonogram, Angela wrote on Instagram, “Santa baby...Due March 2021 #surprise #angelavondetten #babycomingsoon."

Erik and Angela have been married for nearly two years. They were set up through a mutual friend. Of their first date, Erik revealed, “When we first set eyes on each other in the restaurant, she said something along the lines of, ‘Oh, my gosh, no way. That's you.’" 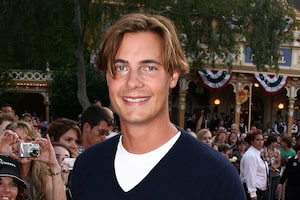 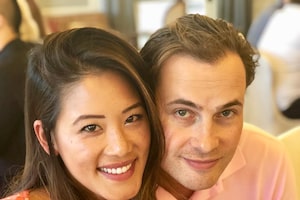