Actress Mandy Moore is opening up about what happened the day she went into labor with baby August.

Moore revealed on Instagram Stories that she believes the relief of finding out her beloved dog Jackson was cancer-free helped get things going.

Alongside a photo of Jackson, she explained, "In the flutter of all things Gus, I'd be remiss if I didn't mention that this guy got a clean bill of health. His tumor was benign. Cancer-free.” 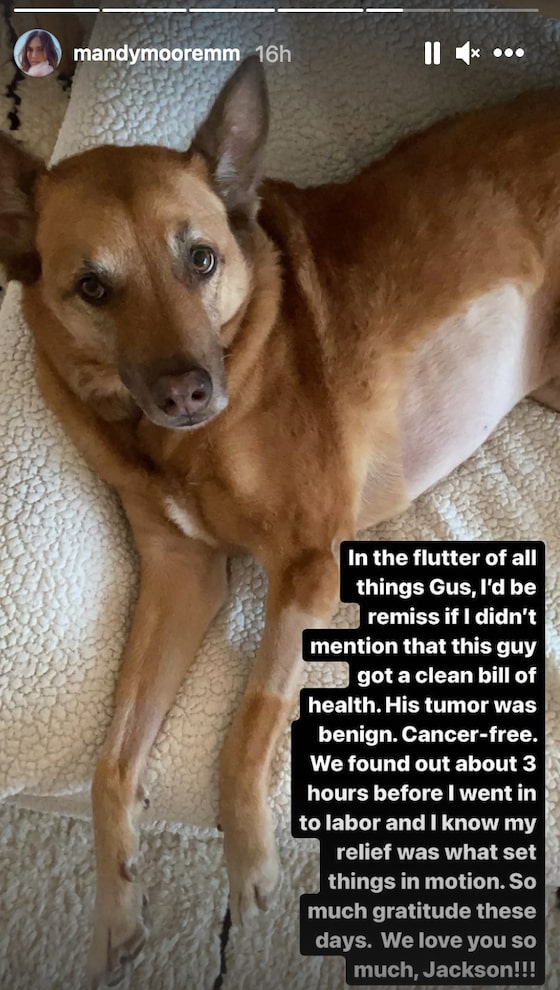 The “This Is Us” star went on, "We found out three hours before I went into labor and I know my relief was what set things in motion. So much gratitude these days. We love you so much Jackson!!!”

Moore and husband Taylor Goldsmith welcomed August on February 21. She posted on Instagram at the time, “We were prepared to fall in love in all sorts of brand new ways, but it goes beyond anything we could have ever imagined."

Previously, the star had asked her followers to keep her beloved dog Jackson in their prayers when he underwent emergency surgery to remove a six-pound mass from his spleen.

Mandy wrote alongside a snap of Jackson at the time, “If you could, please say a prayer or send good vibes to our sweet Jackson who is about to have emergency surgery for mass in his abdomen. 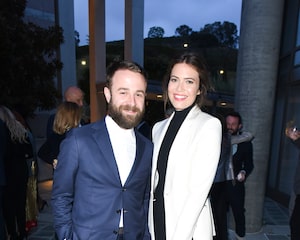 She added, “We are remaining positive and hopeful. To say I’m beside myself about my sweet boy of 10 years is a bit of an understatement.”

Hours later, Mandy updated her followers to let them know Jackson had got through surgery and had also had his spleen taken out.

Jackson's surgery came just two months after Mandy was left "utterly shattered" by the loss of her dog Joni. 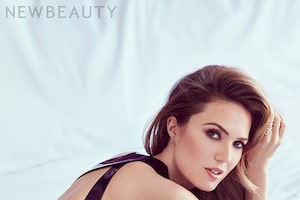 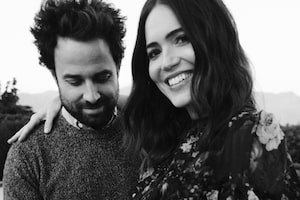 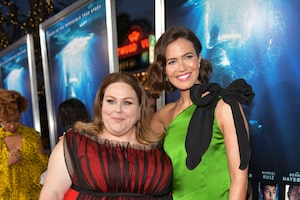 Chrissy Metz Talks Returning to ‘This Is Us’ Set, Plus: Her Sweet Words About Pregnant Mandy Moore