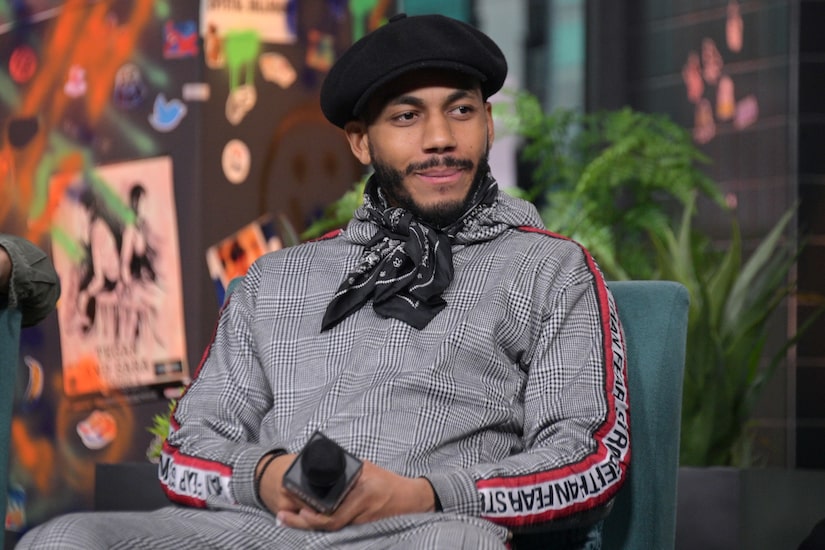 “Degrassi: The Next Generation” actor Jahmil French has reportedly died at the age of 29.

French’s cause of death has not been revealed.

On Tuesday, Jahmil’s co-stars took to social media to mourn his death.

Melinda Shankar, who played Jahmil’s love interest on the series, wrote on Instagram, “@jahmilfrench you will always hold such a special place in my heart. Thank you for being one of the most talented, compassionate, kindest, funniest friends I have.”

Cristine Prosperi, who played Imogen Moreno, tweeted: “My heart is so heavy.. Truly one of a kind. Rest In Peace.”

Chloe Rose tweeted, “Still in shock. Jahmil will be missed. He was an integral part of the Degrassi family and certainly a huge part of my degrassi days.”

Rose continued, “He always wanted to make people laugh and smile, a true joy to be around. Rest in Peace".

In a lengthy Instagram post, Jessica Tyler wrote, "I, along with my cast mates, had the pleasure of working with Jahmil for several years. And though it was work, it never felt that way. We grew up together, all of us. There are so many memories to look back on."

"Though not all of us have kept in case contact since Degrassi ended — and not for any reason other than the simple fact that time and life go on 0 at the end of the day, we are a family," Tyler continued. "Always have been, always will be. We are bound together, forever, by the unique experience we call, Degrassi. A place that many of us would call home to this day."

Tyler ended her tribute, "You are so loved Jahmil. My heart goes out to you and your family. Rest in Peace. Your kindness and bright light will not be forgotten. Much love to you, my friend."

Jahmil’s co-star on the series “Soundtrack,” Christina Milian, wrote on his Instagram, “You will be missed. Rest peacefully King.”

While French's rep has not released a statement, "Soundtrack" producer Joshua Safran confirmed his passing. He tweeted, "I can confirm my good friend, co-worker, and all around inspiration, Jahmil French, passed away yesterday. Only posting because I see the story getting out there. I will have more to say about him later. Right now we’re all just processing this devastating news."

French posted his last Instagram in January. He captioned the selfie with a smiling emoji.

In 2013, Jahmil received a Canadian Screen Award nomination for Best Performance in a Children's or Youth Program or Series for his portrayal of Dave Turner on “Degrassi: The Next Generation.”

Five years later, he was nominated for Best Supporting Actor at the Canadian Screen Awards for his work in the film “Boost.”