There is a “Frasier” revival in the works!

Kelsey Grammer is set to reprise his role as Dr. Frasier Crane in a series for the new Paramount+ streaming service.

Grammer told The Hollywood Reporter in a statement, “Having spent over 20 years of my creative life on the Paramount lot, both producing shows and performing in several, I’d like to congratulate Paramount+ on its entry into the streaming world. I gleefully anticipate sharing the next chapter in the continuing journey of Dr. Frasier Crane.”

Psychiatrist Dr. Frasier Crane first appeared in “Cheers” Season 3 in 1984. He later got his own “Frasier” spin-off, centered on Crane’s radio show, as well as his home life with his dad Martin and brother Niles. “Frasier” aired from 1993 to 2004.

Fans will also see Kelsey in a new ABC comedy with Alec Baldwin set for the 2021-2022 season. 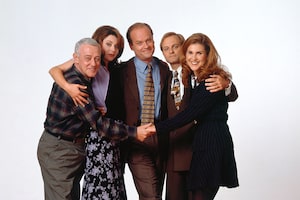 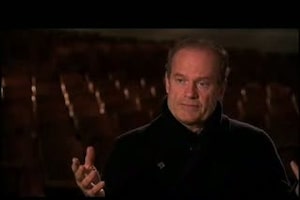