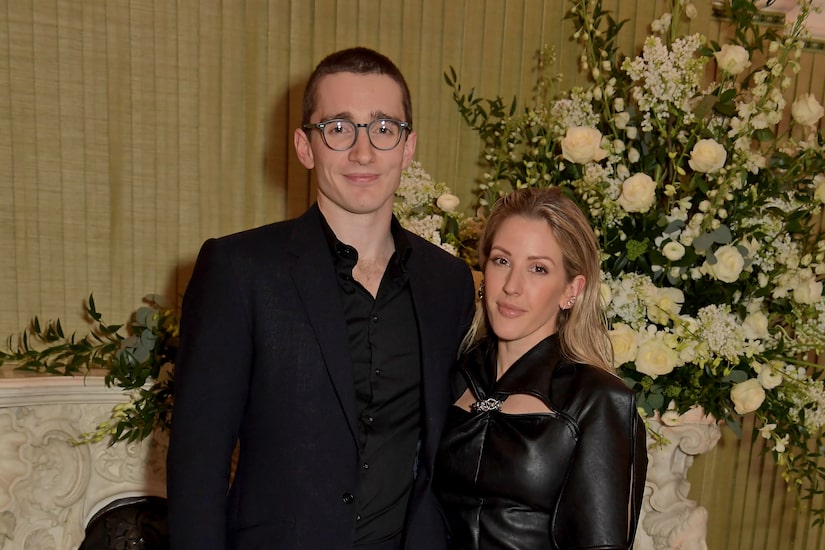 Singer Ellie Goulding, 34, and her art dealer husband Caspar Jopling have a baby on the way!

She broke the news to Vogue UK, then showed off her growing baby bump at the unveiling of the new BOSS x Anthony Joshua Collection in London. Prior to the outing, Goulding told the magazine she's 30 weeks along, and up until that point had kept her pregnancy private. “You’re the first person I’ve spoken to! I haven’t been photographed.”

Ellie’s last public appearance came in August at the V&A Museum, where she showed off her midriff in a red ensemble. She said, “We did the one show. I was pregnant and had no idea. That was [around] the time when Caspar and I went away briefly when we were allowed to for our one-year anniversary, and that’s basically when we found out. It was crazy because it was our one-year anniversary.” Ellie revealed that the pregnancy came as a surprise, saying, "That was not the plan. The thought of getting pregnant didn’t seem like it could be a reality.”

"Becoming pregnant kind of made me feel human,” Ellie continued. “I want a better word than womanly, [but] — I have curves I’ve never had before. I’m enjoying it. My husband’s enjoying it.”

Goulding opened up on the changes she felt after becoming pregnant. She pointed out, “It happens really quickly, and then you almost don’t believe it at first. You’re still eating the same, looking the same, for a while I was probably in denial. I was in such a good streak of fitness.”

As she got further along in her first trimester, Ellie “started having a completely different body and different energy.” She elaborated, “I actually went from being smug about how healthy my salads were and my breakfasts and eating nuts and seeds, and then all I wanted was McDonald’s.”

Goulding joked, “Whatever this baby did when it took over my body was like, ‘Hell, no — I do not want broccoli, spinach, collards!’ I just wanted sugar and carbs.”

When asked about the obsession with gender reveal celebrations, Ellie said, “We just wanted a healthy baby and there wasn’t much more to it. Instinctively, the whole gender reveal is not my thing.”

While Goulding said she is “excited” about motherhood, she’s also aiming to balance it all! She said, “I want to make sure that I continue to work. I can’t wait to go back on tour. I’ve been in the studio most days, [and] I’m excited for the challenge. It will be a totally new experience.”

Ellie and Casper have been quarantining in Gloucestershire. She emphasized, “We have not seen anyone. We’ve been pretty good about not bending the rules because we want it to be over quicker.”

The couple tied the knot in the summer of 2019 after two years of dating. 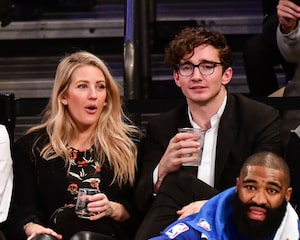