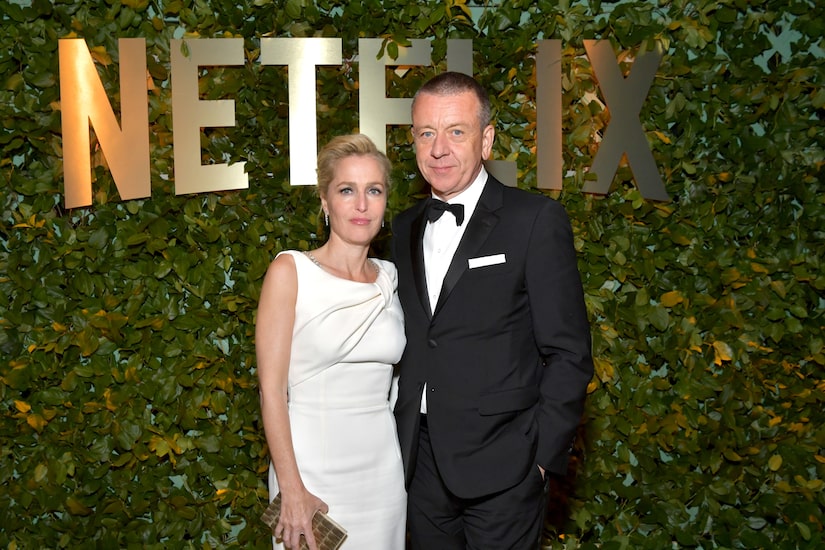 In December, news broke that Golden Globe nominee Gillian Anderson called it quits with “The Crown” creator Peter Morgan after four years together.

At the time, a source told People magazine that the two had “highly demanding schedules.”

Earlier this month, Anderson thanked her ex after receiving a Golden Globe nomination for her work on “The Crown.” She told Deadline, “I’m grateful to Peter Morgan, first and foremost, for he and Nina Gold imagining that I might be able to play her, and for writing such a complex and multifaceted version of Margaret Thatcher.”

She noted, “I was involved in the background of the series, even prior to being in it, because of my past relationship with Peter Morgan. So, I felt I was part of the family prior to being a cast member. But all the prime ministers only do one season and it’s always been that way. I knew going in it would just be a year, and absolutely I’ll continue to watch it as a fan going forward.”

At the time, she revealed she’d be attending the virtual ceremony solo, saying, “I’ll be in Prague, on my own in a hotel room that night, and it’ll be a night I will never forget, no matter the outcome.”

Gillian is in Prague working on her new movie “White Bird: A Wonder Story.”

Now, DailyMail.com reports they have rekindled their relationship. It is rumored that Morgan is currently staying with Anderson in the Czech Republic.

Following the split, Morgan was recently linked to Jemima Khan. A source claimed to the outlet, “Peter pursued her, rather than the other way around. He persuaded her that they would be great together, but has now gone back to Gillian.”

“He had said he was serious about Jemima and she was certainly serious about the romance with him,” the insider claimed. “He told everyone that Jemima was the one and had made that pretty clear to her.”