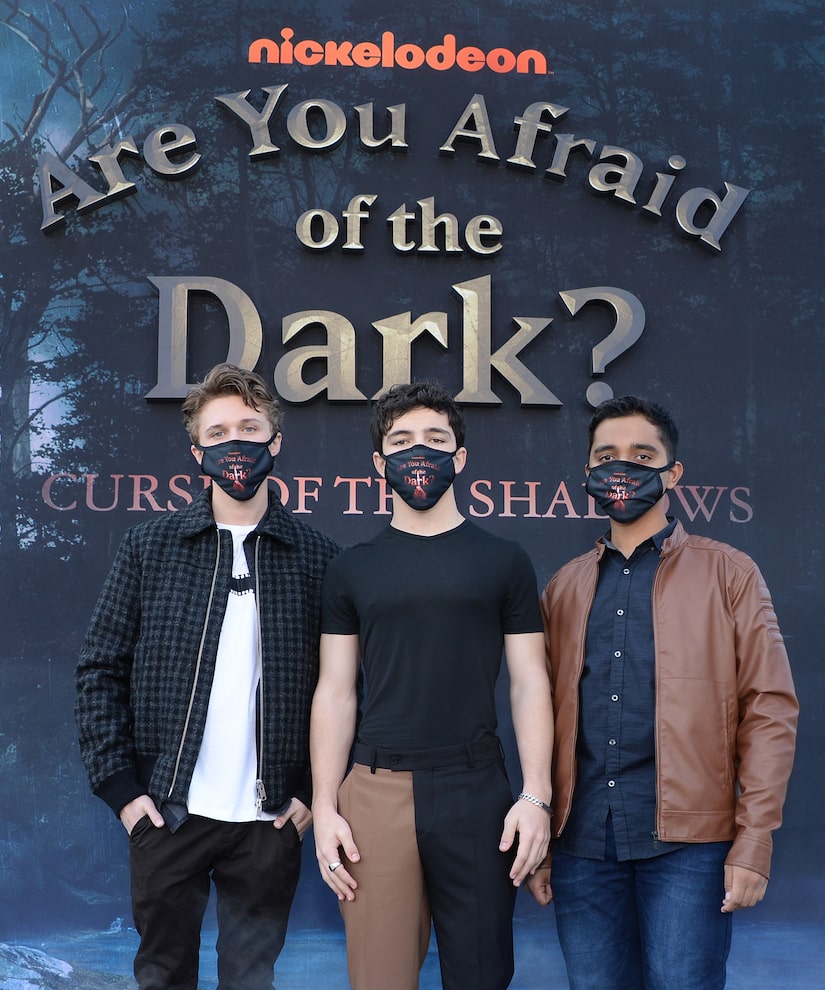 The Midnight Society is back on tonight’s premiere of Nickelodeon’s “Are You Afraid of the Dark?: Curse of the Shadows.”

The second season of the horror anthology series finds an all-new group of friends learning of a terrifying curse cast over their small seaside town as they are haunted by a mysterious creature known as the Shadowman.

The cast celebrated the show’s premiere with a special drive-in screening at the Rose Bowl and dished on what’s to come.

Bryce Gheisar, who plays Luke, explained, “This season of ‘Are You Afraid of The Dark?’ is about the Shadowman, a tall tale that parents tell their kids to scare them into doing good things.”

Don’t be fooled, warns Parker Queenan (Connor), who says, “Fans can expect a lot of twists and turns. What they think... might not be actually true.”

Watch the premiere tonight, February 12, at 8 p.m. ET/PT on Nickelodeon.