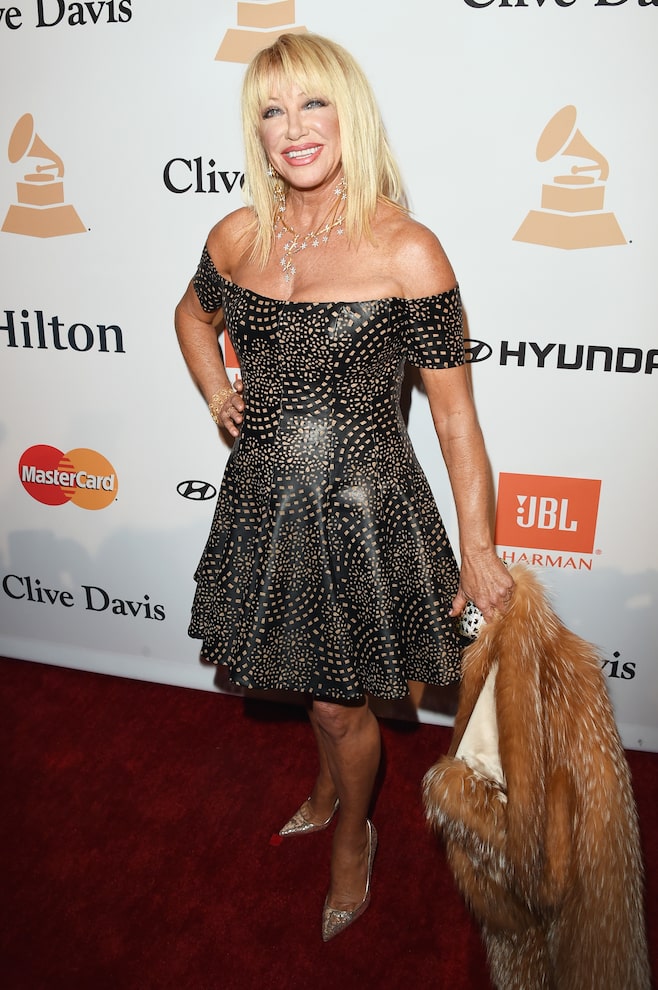 “Come and knock on her door…” no, really, please knock first!

“Three’s Company” star and business tycoon Suzanne Somers is opening up about a recent home intruder. “Extra’s” Michael Corbett caught up with Suzanne, who told him about what happened when an unexpected visitor showed up at her Palm Springs home Friday night while she was in the middle of a Facebook Live session.

Suzanne, 74, and her husband Alan Hamel, 84, had a bizarre interaction with the man, who claimed he was a lost hiker. She said, “That was a freaky thing that's never happened before, and a poor soul who lost his way… who forgot to wear clothes.” She told Michael, “He had bikini underpants on.”

Somers added, “The fact that he was practically naked, I could see that he didn't have a weapon, so that calmed me down.” She said, “Instincts kicked in. I'm a child of an alcoholic and… very crisis-oriented, so when things go wrong, I know how to calm everything down.”

The weirdest part is she happened to be in the middle of a livestream. “ I do three Facebook Live shows each week… I happened to be doing a makeup tutorial… How bizarre is it that an intruder walks right in your camera shot?”

At first, she thought it was a dinner guest. “We were expecting these two guys for dinner, and so when I heard this noise, I looked over and I thought, ‘Whoa, my dinner guests are very early, but okay.’ That's why I said, ‘Hi, come on in…’ because he was in the dark. As he got closer, that's when I went, ‘Uh-oh, I don't know you.’”

Michael asked if we will ever know who he is, and Suzanne said, “He told me his name, then one of the fans called the police and the police took care of him. I don't know.” Alan said, “I think they probably just slapped his wrist and said, you know, ‘Don't do this again.’” Suzanne added, “Or buy a shirt.”

This was the first time in 43 years anything like that had ever happened on the breathtaking 28-acre Palms Springs property. The estate is actually for sale, and Suzanne and Alan are teaming up with “Million Dollar Listing Los Angeles” agent Josh Flagg to sell it for $8.5 million. It will be featured on his show.

Josh joined the interview, sharing some specs. “I think it's just a spectacular home. I mean, it's comprised of multiple structures,” he noted. “It's got an amazing funicular. You've got countless bedrooms and you can literally bathe in this outdoor bathtub overlooking all the animals in the backyard and looking over the property — it's really quite remarkable.”

Flagg explained the funicular, saying, “Well, a funicular you would find in the Alps in Switzerland, or what you would find in many parts of Europe. It's essentially a little cart that takes you up the hill. I mean, you can also drive up to the top… there's several other ways to get up there, but that's the fun way .”

Suzanne shared some background on the estate! “There's incredible history with this property,” she said. “I remember Merv Griffin was a good friend of mine and he came to dinner parties and parties here all the time and he always said this is the most unique property in the whole desert… Greta Garbo used to hang out here, Frank Sinatra, all the original Rat Pack-y people were all up here. This house has amazing history… if you like to entertain, this is your house.”

Watch the video above for a tour of Suzanne's beautiful home, featured photos courtesy of David Blank, Mark Davidson and Kelly Peak. 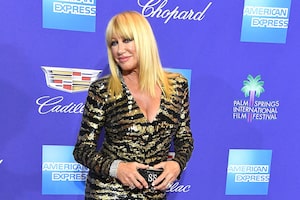 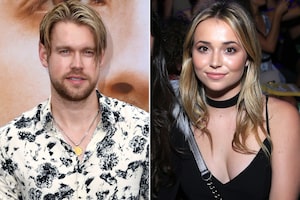 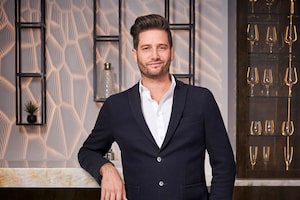