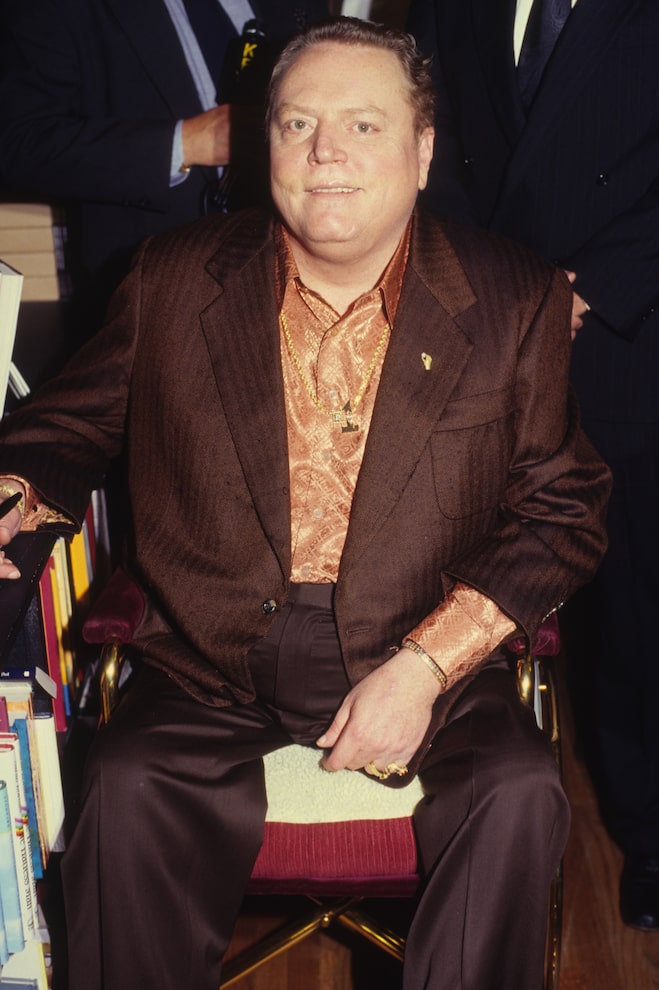 Larry Flynt, the controversial — and consequential — publisher of Hustler magazine, died Wednesday in L.A, TMZ reports. He was 78.

The cause was reportedly heart failure.

Like his fellow purveyors of skin Hugh Hefner and Bob Guccione, Flynt became the face of his brand. Unlike them, he stuck his neck out on behalf of the First Amendment, waging court battles that rewrote what was considered obscene vs. what was considered merely dirty in the U.S., changing the history of publishing.

His outspoken approach made him a magnet for negative attention, and he was shot by white supremacist serial killer Joseph Paul Franklin in 1978, an assassination attempt that left him wheelchair-bound and in pain. Franklin, who was executed in 2013, had been angered by the magazine's use of interracial hardcore layouts, a rarity at the time.

Born in Kentucky, Flynt initially wandered into publishing after running a string of bars with nude dancers and hostesses. The Hustler Club, with multiple Ohio locations was such a hit he published The Hustler Newsletter in 1972, a flimsy flyer that rapidly expanded even as his clubs began to lose business due to the unfavorable economy.

The first issue of Hustler was published in 1974. Its mission was to provide a national, sexually explicit magazine geared toward blue-collar men. Whereas Playboy offered aspirational cheesecake and Penthouse a similarly rarefied peek at women its readers would never meet, Hustler dealt in earthier models — and it was by far the most lurid publication of its kind.

In 2004, he told The Independent that Playboy and Penthouse "were parading their pornography as art, with the air-brushing and the soft lens. I realized that if we became more explicit, we could get a huge piece of this market. I sensed that raw sex was what men wanted. And I was right."

Hustler's sales exploded when Flynt dared to publish nude paparazzi photos of former first lady Jacqueline Kennedy Onassis in 1975, which was at once a huge affront to good taste and a perfect example of the sort of unseen material many readers were unable to resist. The issue sold over a million copies, and Flynt was by then a multi-millionaire.

In 1983, Hustler published a mock interview with televangelist Jerry Falwell in which he is quoted saying he slept with his own mother. Falwell sued, but in 1988, the Supreme Court sided 8-0 with Hustler on the grounds that the obvious parody was protected free speech.

Even after being shot, Flynt never quieted down. In the '90s, he offered a million dollars to anyone with sexual dirt on the senators who were impeaching President Bill Clinton over his lie under oath regarding his affair with Monica Lewinksy. In 2017, Flynt took out a full-page ad in The Washington Post offering $10 million for information "leading to the impeachment and removal from office of Donald J. Trump."

The Citizen Kane of Filth led a more colorful life than could be summed up in one obituary, so much so that a Milos Forman directed an acclaimed film about it, "The People vs. Larry Flynt" (1996). In the movie, Woody Harrelson played Flynt and Courtney Love played his late wife Althea Leasure. Harrelson was Oscar-nominated for his work.

Legitimized by his many successes in court, Flynt ran for president in 1984 and for governor of California in 2003, finishing seventh out of 135 candidates in a chaotic contest won by fellow celebrity Arnold Schwarzenegger.

Flynt was married five times. He is survived by his wife of over 20 years, Elizabeth, six children, and many grandchildren and great-grandchildren.