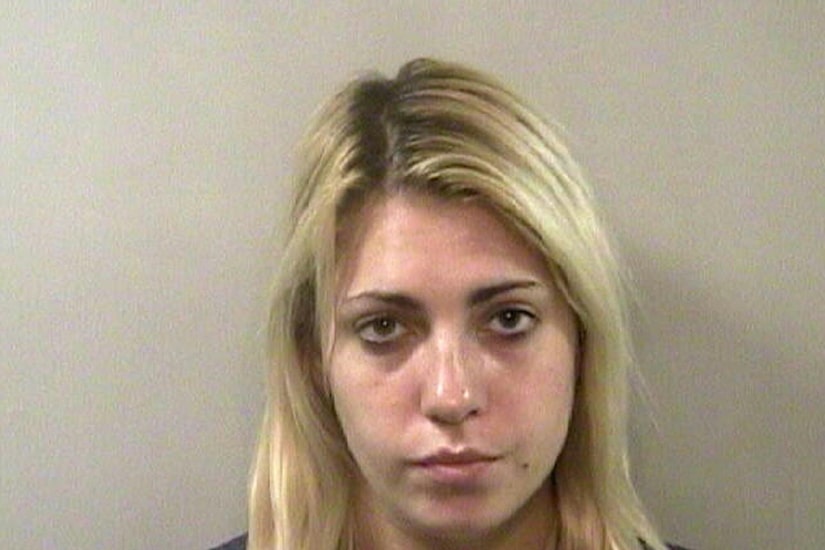 Nine years before she vied for Matt James’ attention on “The Bachelor,” “Queen” Victoria Larson, 28, was arrested for shoplifting.

“Extra” obtained Larson’s mug shot, which surfaced on the web over the weekend.

On Tuesday, Victoria addressed her arrest, telling “Good Morning America,” “When initially the story broke, I called my dad, of course, and he’s like, ‘How do you feel?’ And I’m like, ‘I feel liberated, like everything’s exposed. I can tell my future husband [to] Google me. I have no secrets to hide.”

In arrest documents obtained by “GMA,” Larson was captured on camera placing $250 worth of items into a reusable shopping bag without paying for them at a Publix grocery store in Tallahassee.

Larson was arrested and released from Leon County Jail two days later after posting $1,000 bail. She pleaded no contest to the theft charges and was ordered to serve six months of probation.

Larson has been dubbed this season’s villain. While she has used derogatory words to describe some of the contestants, she noted that it’s “all in good fun.” She told “Good Morning America’s” Kaylee Hartung, “If my words or actions hurt anyone, like, I sincerely apologize and I’ll do better and hold myself accountable. I’m not a bully, I’m really not.”

Larson also opened up on the hate she’s received since appearing on “The Bachelor.” She said, “I anticipated being well-received. To get, like, the bullying messages and the hate mail and the death threats — I wasn’t really prepared for that at all. One hundred percent, it was shocking.”

Earlier this month, Matt discussed Victoria’s royal entrance on “The Bachelor.” He told “Extra’s” Rachel Lindsay, “Listen, I'm gonna say this. I, I've never been in their position, so I don't know what it feels like to be one of many, and whatever you choose to do to make yourself seen, I'm all for it, so whatever you got to do to make sure I remember you and we get time together. There's no rules in war and love.”