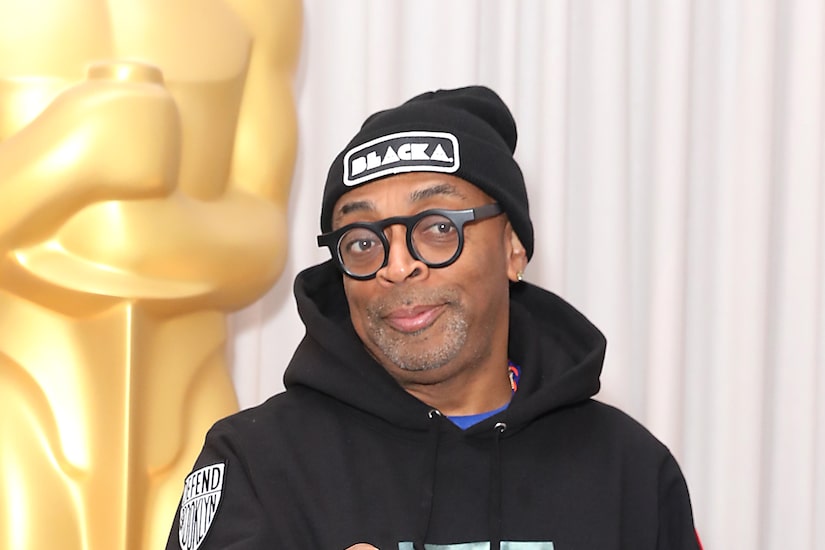 Oscar winner and five-time nominee Spike Lee is set to be honored tonight with the 34th American Cinematheque Award for his “significant contribution” to filmmaking.

Ahead of the virtual event, which will be attended by Angela Bassett, Jodie Foster, and Rosie Perez, “Extra’s” Nate Burleson spoke with the legendary director, producer, and actor behind such hits as “She’s Gotta Have It,” “Do the Right Thing,” and “Malcom X.”

Spike shared, “I feel like as an artist, you do your art and give it up to the world.”

Lee said he’s more than grateful for this latest honor, adding, “It’s always good as an artist, I feel, when your work is appreciated.”

As one of Donald Trump’s most passionate critics, Lee is not backing down after Trump’s second impeachment. He commented, “Together with Native Americans and us being slaves, we built this m-fer. I’m not gonna curse… Our ancestors, Native Americans, and African Americans are rejoicing today, I feel.”

When asked where country goes from here, Lee replied, “Look, we cannot miss the fact that white supremacy is strong here in this country — 70-something million votes for Agent Orange — and I’m not gonna say all of those people believed in storming the Capitol, but enough did.” 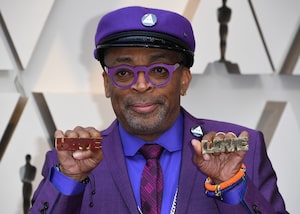 With awards season just around the corner, Lee’s most recent film, “Da Five Bloods” is getting Oscar buzz. Of the positive reaction to the film, inspired by the Vietnam War, he said, “It’s a good feeling, but for me, hearing from my brothers, American patriots who fought in Vietnam and told me face to face and gave me hugs and love and were crying tears of joy and tears of pain after I screened ‘Da Five Bloods’ for them, that was affirmation for me.”

Spike’s son Jackson and daughter Satchel have just been named Golden Globe ambassadors, making history as the first siblings of color to take on the roles.

He gushed, “I’m proud… I have to give all the credit to the queen, Tonya Lewis Lee, because she deserves all of the credit… Golden Globes’ first ambassador of color… as they say, better late than never.”