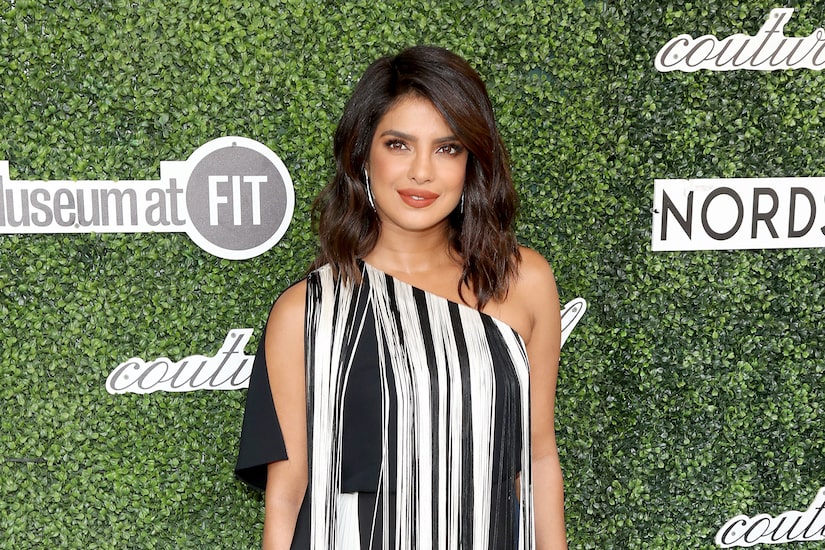 Priyanka Chopra Jonas stars in and executive produced the new Netflix movie “The White Tiger,” which centers on an Indian servant who goes to corrupt lengths to rise to the top and become a successful businessman.

“Extra’s” Jenn Lahmers spoke with Priyanka about film, and asked the star if she ever went through an awkward stage after she posted a throwback photo of herself at 17.

She said, “I did, but that was the end of my awkward phase by then. It started at about 13, 14. I was real awkward… That picture just reminded me of, you know, that girl with stars in her eyes and big dreams of this magical world of entertainment.”

Priyanka stressed, “I love dreaming big, even if it’s… the most radical big thing that you would ever want in your life… just dream it and, you know, you never know. You’ll maybe find a way of getting there.”

Chopra also expressed her support for Kamala Harris, who will be become the first female vice president of the United States in a week.

Priyanka told Jenn, “It’s exciting on so many levels… The United States really hasn’t had a female in governance at such a high power, and I come from a country where we’ve seen several women that have, you know, been the prime minister and the president.”

Joined by Adarsh Gourav, her co-star in “The White Tiger,” she dished, “I remember… this book having such a profound effect on me and making me uncomfortable and making me think about, you know, things that we’re desensitized to, and I really want to be at the forefront. I want to be able to bring South Asian stories to Hollywood. You know, we’re one-fifth of the world’s population, and you don’t see that kind of representation in global entertainment.”

Adarsh, who plays the lead, Balram, said of his character, “Since the time he was born, he knew he identified himself as… something different than everybody else around him.”

When asked if he’s a good guy or a bad guy, Priyanka answered, “That’s open for interpretation.” Adarsh elaborated, “He’s one of the good guys who just does something bad… I think he was just pushed to a corner where he had no other way but to do something as radical as that to change his life.”