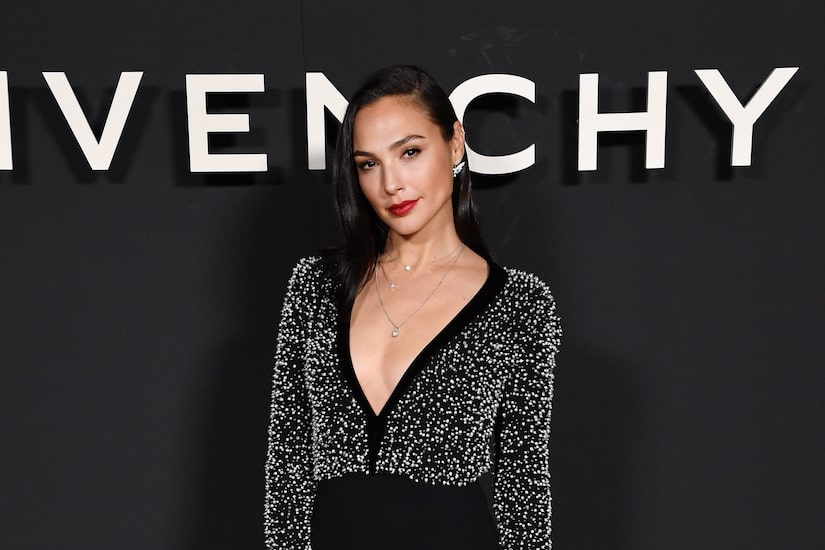 “Extra’s” Nate Burleson and his daughter Mia spoke to Gal, just days after she was awarded the She-Ro award at the MTV Movie & TV Awards.

Gal shared, “It’s an honor, and I think it’s the first time it was done… I’m grateful for everything. I am also the type of person that has such a delay, like probably in 30 years I will understand what happened now.”

Mia was in awe of meeting Wonder Woman. Gal told her, “That's such a beautiful name. My daughter has a similar name to yours. Her name is Maya.”

When Gal asked Mia if she had seen the first movie, she responded, “Yes… I love it.” Gal pointed out, “I’m a normal, regular person — you don’t have to be nervous about anything.”

Taking over the interview, Gal asked Mia about her favorite subject in school and her dreams of acting and singing.

Nate then took back the reins, asking why “Wonder Woman 1984” is so powerful and important in 2020. Gal answered, “Oh, it's interesting because back in 2018, when we started to shoot the movie, we had no idea how relevant the movie is gonna be.”

Gal summed up the movie’s message as, “Love can save the day, and only we can do it. We wanted to bring this message of love and hope to the world.”

As for the fringe benefits of the movie’s ‘80s setting, Gal dished, “It was delightful because everything was so puffy and the colors are amazing and the music and the hair and style and everything is to the T… And after shooting the first movie, which was very gloomy and gray and First World War and all that, it was refreshing.”

Kristen Wiig is bringing the funny — and the fear — playing the villain, Cheetah. Gal gushed, “I adore Kristen… She became one of my closest friends.”

She added, “Every time we were not filming, we would go to the side and we would start to sing, dance, or film ourselves and do, like, ‘SNL’ skits. It was just so nice!”

“Wonder Woman 1984” is in theaters and on HBO Max Christmas Day!