After her split from Justin Hartley, “Selling Sunset” star Chrishell Stause seemingly has a new man!

On Wednesday, “Dancing with the Stars” pro dancer Keo Motsepe posted a pic of himself cozying up to Chrishell on Instagram. He captioned the pic with a heart emoji.

To fuel more rumors, he also shared on Instagram Stories a pic of the two of them kissing, and a video of them sharing a laugh. 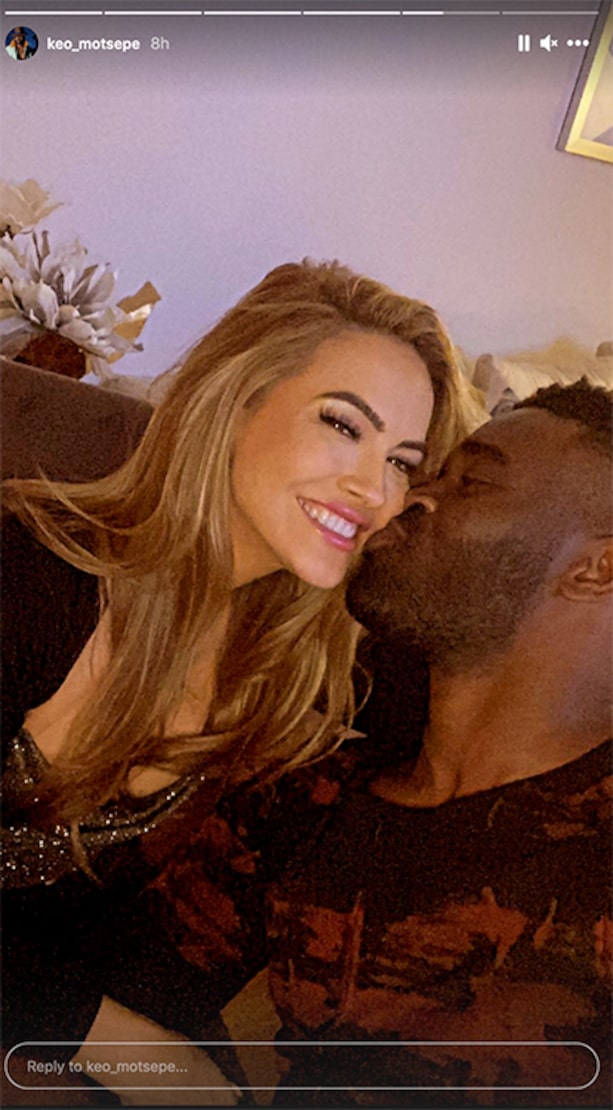 Along with posting the video, he wrote, “I will always make you smile @chrishell.stause.”

In another Instagram video posted by Chrishell, they are working out together at a gym while wearing masks. 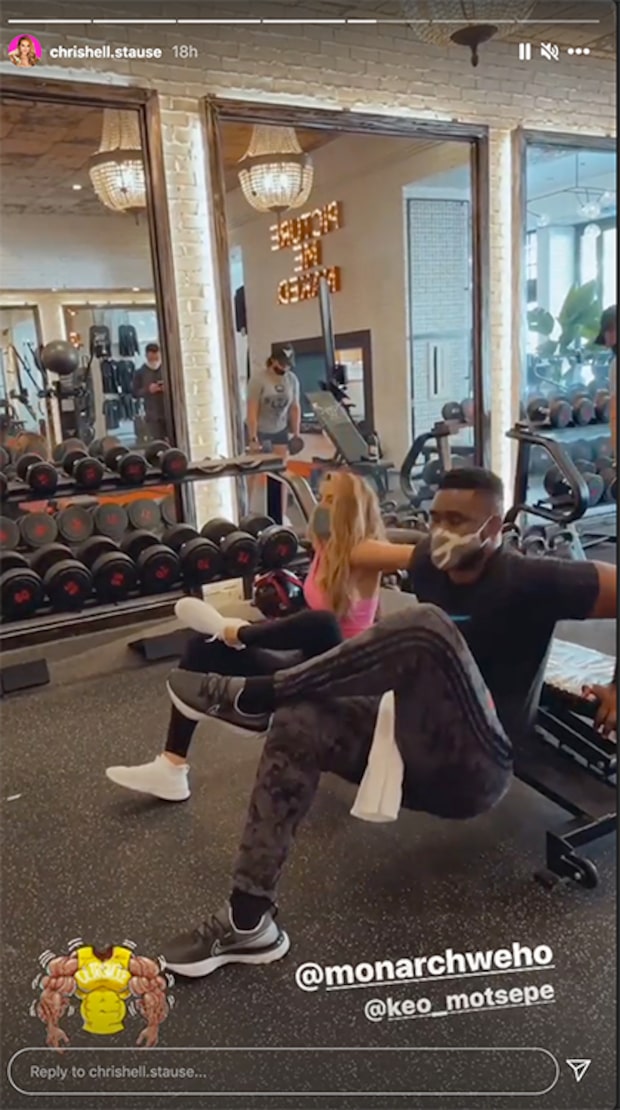 Chrishell and her “Dancing with the Stars” partner Gleb Savchenko were recently the subject of romance rumors after news broke of his split from his ex, Elena Samodanova. 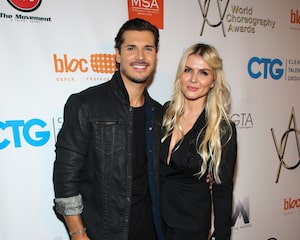 Stause shut down rumors on social media, saying, “I am so saddened about the news of Gleb and Elena’s split. It is unfortunate that this has caused rumors to swirl about my personal life. Having gone through a public split myself, I would not wish this on anyone.”

She insisted they were “just friends,” telling E! Daily Pop, “I feel like it really is annoying because it's one of those things where, you know, unfortunately, the timing of what he's going through personally, people want to make it into something it's not.”

Chrishell added, "I get it. I've been on soaps. You have to have that kind of stuff sometimes when you're on the dance floor. People misinterpret that.”

Gleb seems to approve of Chrishell’s possible romance with Keo. He responded to Keo's post with several heart emojis, adding, “love you guys.”