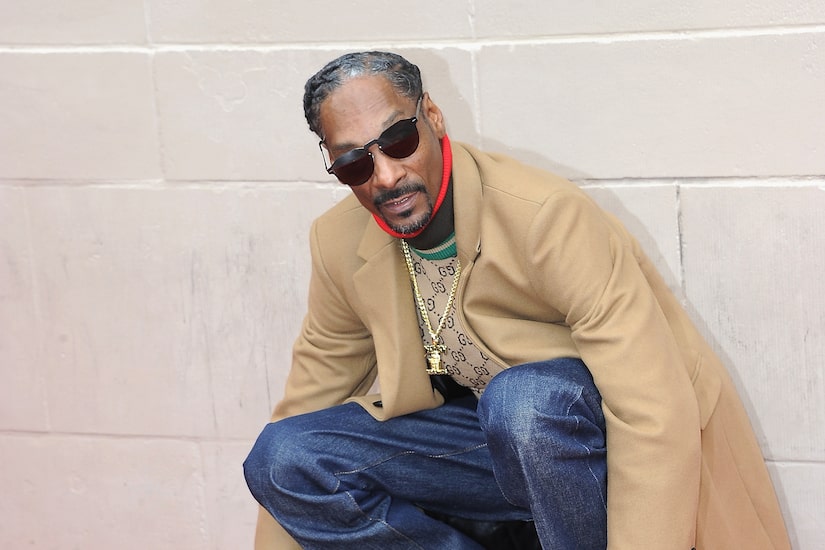 Legendary rapper Snoop Dogg has been making hits since 1992, but one thing he didn’t do until this year is vote.

“Extra’s” Jenn Lahmers caught up with the Snoop, who explained why it took so long for him to cast his first ballot. He said, “I was told I couldn't vote.”

Snoop was not the only first-time voter — former Lakers superstar Shaquille O’Neal was as well. Snoop shared, “There were always parameters and different things that they did to deter me from voting. In our community, they don't promote voting for Blacks. They don't promote voting for young males. They don't actually give us the utensils that we need to better ourselves to know what the vote is about. So luckily, through the times, and people being knowledgeable and being able to help us and express to us how important voting is we realized what it was and how important it was, so we decided to use our voice and to use ourselves as a platform to actually get out there and do it this year.”

Snoop also dished on working with Martha Stewart again on their hit VH1 show, “Martha & Snoop’s Potluck Dinner. Party” He joked, “You got to talk to Martha. She's too big for me.”

He elaborated, “We definitely love working with each other. We enjoy each other's company and we love being on-screen together. After the pandemic, we should be able to get back together again and figure out how to get back on-screen. Because I love the tutelage and information she gives me in the kitchen and she makes me a better chef.”

While the two have never actually smoked together, they have gotten drunk together. Snoop pointed out, “She loves to serve drinks… If she sees you with a glass, your glass is half full, she is gonna make sure it’s all-the-way full.”

Snoop is happy with where the rap game is right now, sharing, “I just like the way the industry is moving right now, the way the sounds is becoming there… A lot of females MCs, a lot of young rappers as well. I just love the fact that they are taking control of it and making it theirs, not trying to be like anybody but themselves, and that helps you appreciate it when you see original individuals in an art form you’re a part of it.”

Along with making waves in the music world for decades, Snoop is now making an impact as a spokesperson for Sodastream.

Snoop told Jenn, “We decided to partner up and do some things together to give the world a different taste of  what of what it's supposed to be and can be and also try to save the world by not having all that plastic out there.”

In a new commercial for the sparkling water machine, he stressed that one Sodastream bottle can save thousands of single-use plastic bottles from destroying the planet. Watch!