“Extra’s” Jenn Lahmers caught up with Patrick, who opened up about his relationship with Linda.

Thirty-plus years since the two classic TV stars first met, life during lockdown has thrown them an unbelievable curve. He shared, “That’s the gift that COVID gave me — Linda Purl is the lady in my life.”

His wife Carlyn Rosser died almost four years ago from a heart attack. Patrick said, “I was married almost 45 years,” explaining he wasn’t seeking out a relationship when he was reintroduced to Linda.

“I wasn’t looking for it. I didn’t feel I needed it… and then fate just went ‘swoosh!’ and changed the perspective.” He went on, “We started texting and then FaceTiming and then Zooming… We did a two-to-three-hour Zoom every single night… You get to know somebody really well when you do that.”

Duffy said, “At the end of those two and half months, we were feeling a little different than just casual friendship, so I packed up my car, I drove 20 hours, and I was on her doorstep. I asked permission if I could kiss her, and we’ve been together ever since.” 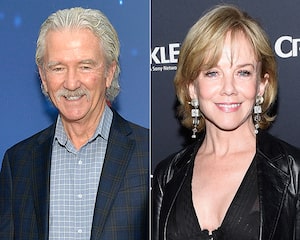 Fans will love Patrick in his new Lifetime holiday movie co-starring Vanessa Lachey and Ryan McPartlin, “People Presents: Once Upon a Main Street,” premiering this Sunday.

Patrick plays a widower, explaining, “He has lost his wife, and they always chaired the decorating committee for the small town they were in. Now that she’s gone, he doesn’t want to do it anymore.”

Watch “People Presents: Once Upon a Main Street” November 29 at 8 p.m. on Lifetime. 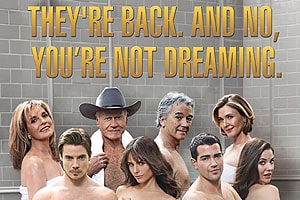