Shawn Mendes and Justin Bieber are tackling the downside of stardom in their new collab “Monster”!

Mendes opened up to Apple Music's Zane Lowe about the single, explaining, "It's about how society can put celebrities up on a pedestal and watch them fall and it seems to be this entertainment thing. And it's hard.”

Looking back, he said, "I think I was coming off the back of a couple of big songs and definitely just so driven by my ego and just feeling like something in this feels not right… This song has always resonated with me and it just never found its way out. And now all of a sudden I was listening to it one day, and I just started my relationship with Justin. It just started forming properly in the last three months. And I called him and I was like, 'Look, I have this song. It's kind of going there.' We go there."

Bieber has had his ups and downs in the public eye and Shawn said Justin’s “heart fell deep” into the song, adding, “Him and I, even yesterday, were on the phone for an hour and had the deepest conversation, I think, about so much.”

He went on, “It just felt really nice because it was a full-circle moment for me, this guy who was the reason I started singing. I was 9 when ‘One Time’ came out, and I completely was all-in. He was Elvis to me. And to come back around and to have this very human-to-human conversation with him and his truth to come into that song and my truth to be there, it feels like one of the most special songs I've ever wrote. And the more I listen to it and the deeper I get into it, this is not just about celebrities. This is the human experience."

Bieber shared the video on Instagram, along with a throwback photo of himself with the lyric, “I was 15 when the world put me on a pedestal.”

The video has a dark tone, as Shawn sings lyrics like, “What if I trip? What if I fall? Am I the monster? Just let me know?” Justin addresses his setbacks, singing at one point, “I take responsibility for everything I’ve done. Holding it against me like you’re the holy one.”

Look for the new single on Mendes’ album “Wonder,” which drops December 4. 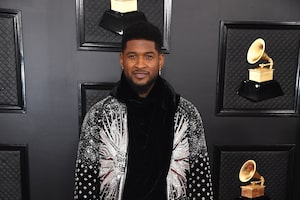 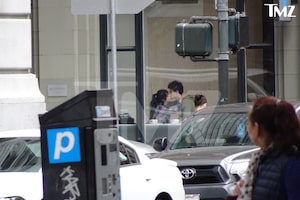 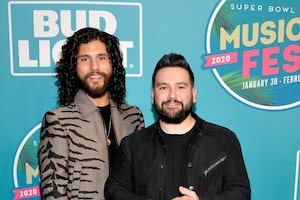