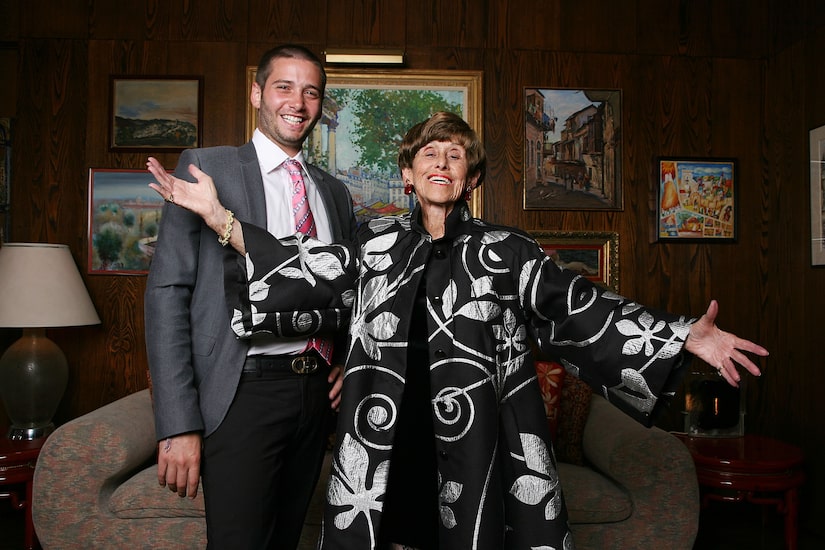 Edith Flagg was a Holocaust survivor who fought with the Dutch Underground resistance and went on to become a fashion designer in the U.S. Now, Holocaust Museum L.A. is honoring the late star with a special virtual tribute Nov. 17, featuring artifacts from her extraordinary life.

Edith often appeared alongside her grandson Josh Flagg on “Million Dollar Listing Los Angeles,” and he will also be sharing stories about her during the special event.

Josh opened up to “Extra” about the event and the artifacts that will be on display.

He said, “What I find most interesting are her identification cards, which she used during the war. She had several false identification cards, which she used to disguise her identity. Most of the people were already dead in the concentration camps, so my grandmother and the other members of the Dutch resistance would pretend to be these people and they never had to worry about using someone’s identification that was still alive and a Nazi saying that they saw the same person twice.”

Josh continued, “My grandmother’s main identity was a Red Cross nurse by the name of Lydia Voskoil, and she would go to the lake where the Nazis were swimming and she would swim next to them and see what they were saying.”

Edith also went to great lengths to protect Josh’s father, Michael. Josh explained, “She also put my dad in a Christian orphanage and would go every day to see him and no one knew it was his mother.”

One artifact that holds special meaning to Josh is a letter just for him. He said, “There is a letter in the box that she wrote to me when I was a child where she described to me her life in the war. I thought that was very cool.”

While many know Edith from his show and a book he wrote called “A Simple Girl: Stories My Grandmother Told Me,” Josh says of the event, “I think that people will be fascinated to hear my grandmother’s survival from the war and her accomplishments in the States that were only touched upon on the show.”

“Inside the (Acid-Free) Box: A Behind-the-Scenes Look at the Edith Flagg Collection,” will take place Tuesday, Nov. 17, at 4 p.m. Learn more and register for the event here!