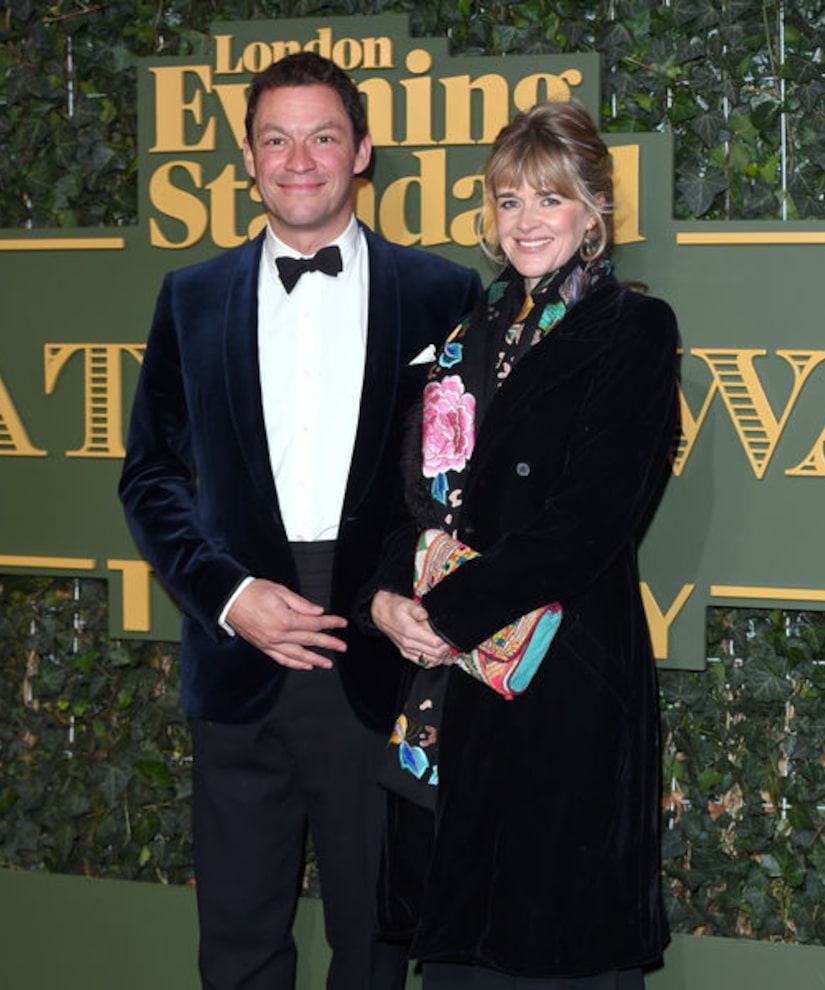 “Pursuit of Love” co-stars Dominic West, 50, and Lily James, 31, made headlines when they were spotted looking cozy in Rome.

The photos of the pair on a scooter together and enjoying an intimate lunch came as a surprise to fans, as West has been married to Catherine FitzGerald for 10 years. The couple has four children together, while Dominic also has an older child from a previous relationship. 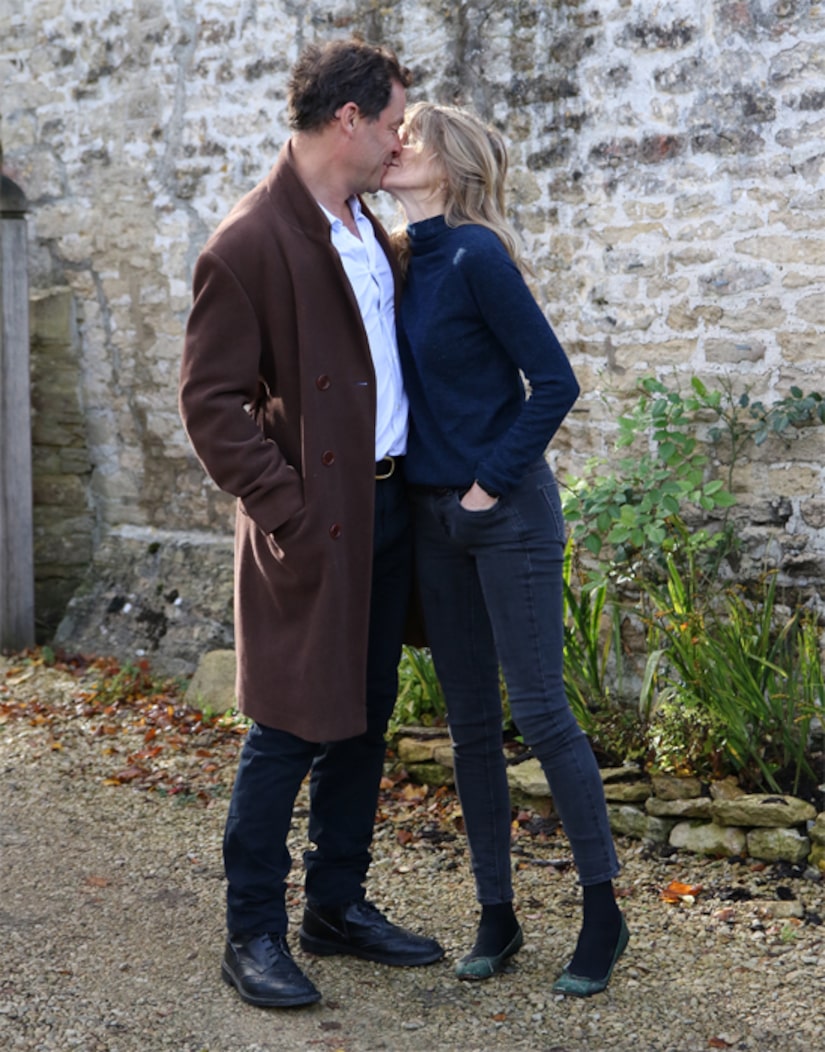 Today, West, who also stars in the show “Affair,” and FitzGerald, 49, sent a strong message of unity with a public display of affection outside their London home.

They shared a kiss for the press, and displayed a sign that said, "Our marriage is strong and we're very much still together. Thank you. Catherine and Dominic." 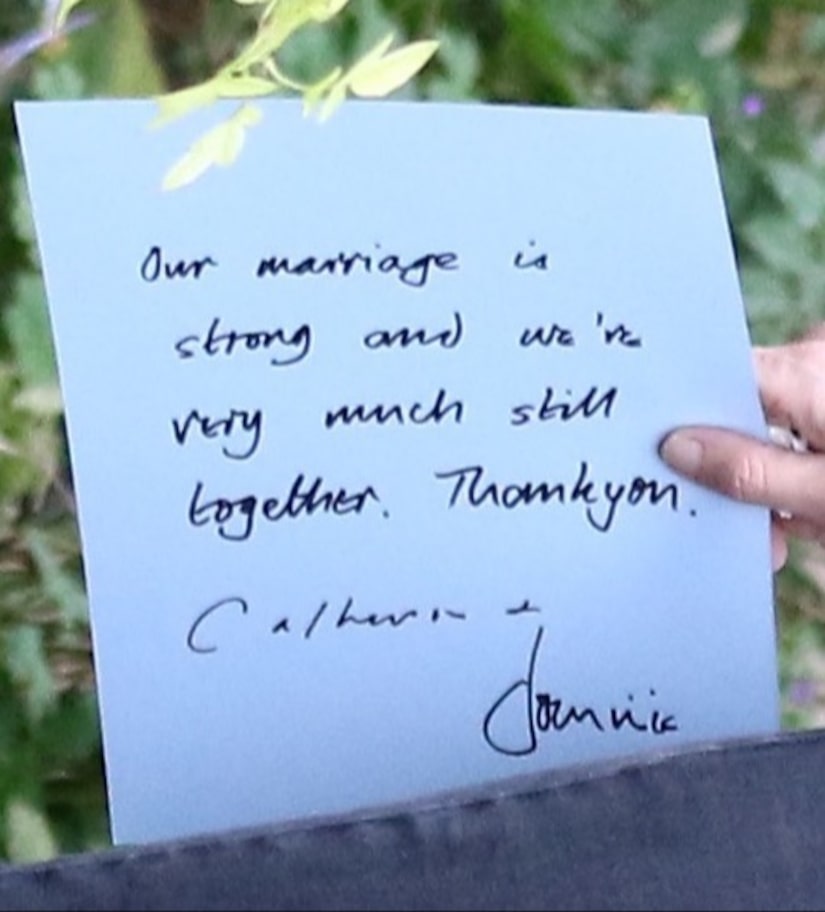 Lily has not publicly acknowledged the photos. People reached out to reps for both West and James, but they did not respond.

James was previously linked to Chris Evans and Matt Smith.