Eilidh Miller's new book “The Watchers” debuts this month, and she's telling "Extra" all about it! 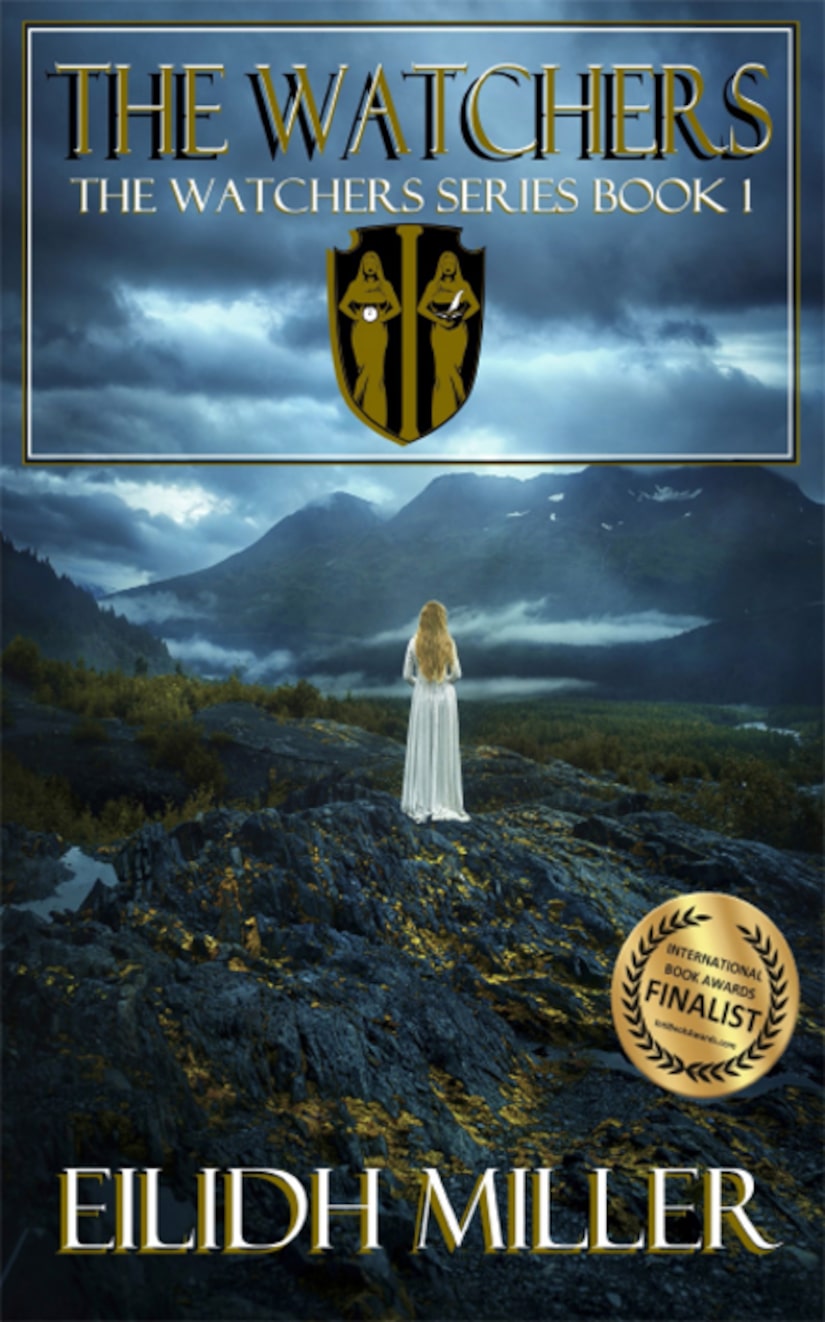 The story is a true mix of historical fiction and sci-fi as Grace Evans travels back in time to save Euan Cameron at Scotland's Battle of Culloden.

Miller dives into the characters and history, explaining the job of a Watcher, Grace and Euan's complicated relationship, the Battle of Culloden, and more.

Check out the interview below, and pre-order a copy here!

Q: “The Watchers” is a great time-travel tale. Tell us about your heroine Grace Evans and her job as a Watcher…

"I should really start with what a Watcher is. The Watchers are guardians of time and history, protecting a future where war and suffering have been eliminated and an egalitarian society put in place. Watchers come from six family lines, specialized for particular areas of the world, and are always women. Technology has advanced to the point where it's known that there are multiple timelines happening at once, and whenever The Council — those who lead this new society and manage the Watchers — see a change that will harm this hard-won peace, a Watcher is sent back to make sure history happens as it's supposed to. These six women spend their lives quite literally saving the world on a daily basis, and no one ever knows about it! When a Watcher dies, her granddaughter takes over and carries on the work.

When we first meet Grace, she's only been the Evans Watcher for two years, after the death of her grandmother, but is quickly earning a reputation for being one of the best at her work, and much of that is down to the training she's received since she was a child… She's a tough, confident young woman who knows what she can do and trusts in her ability to get the job done, and doesn't take crap from anyone. Meeting these famous historical figures doesn't ruffle her in the slightest! However, she also keeps a solid emotional distance from others due to certain events in her past and a desire to not have to lie to people. She can't tell anyone what she does, so it's easier to keep people out. It's a pretty lonely existence!"

Q: Grace travels to the 1746 Battle of Culloden in Scotland, can you give us a mini history lesson about that moment in time?

"Ooh, that's a tough one, so I'll try to keep it as short as I can! There's so much going on at this point in history and, even though it doesn't all seem connected, it is. The Battle of Culloden was the final battle of the Jacobite Rising of 1745 and the last pitched battle fought on British soil. It is connected to the Austrian War of Succession, at the point where the majority of the British Army was away on the Continent. Boiled down to its very essence, the Rising was in support of restoring the Stuarts to the British throne after they were deposed by William of Orange and the House of Hanover. The Stuarts were the sovereigns of both nations; however, when England decided to get rid of King James, they didn't exactly ask the Scots what they thought about it. The Scots, of course, took serious issue with their king being deposed without them having any sort of say, and immediately there was a movement to restore him.

There were Risings in 1689, 1715, 1719, and finally 1745… By the time Culloden comes around, the Rising has been under way for nine months… Due to… a host of varying problems and bad decisions, the Scots were crushed and that loss was the death knell for the clan system in Scotland. The Highlands and its clans would never be the same again."

Q: We know Grace is there to save a man named Euan Cameron. What is their relationship like?

"Their relationship is really an interesting one. Euan is torn by what he knows he's bound by duty to do, and what his mind and his skills are telling him is an impending disaster. He's lived through the entire campaign so far, and then Grace appears to tell him he's not going to survive the final battle. The relationship is at once both adversarial and friendly, which is confusing for both of them, and they're very much alike, which leads to a lot of really intense arguments and tense moments where they are both fighting these rules that they have to abide by. Euan is fascinated by Grace, who isn't like anyone he's ever met, and because of his extensive education that's far beyond what someone of his status would normally have, he's been isolated from his peers. Grace fills that void, he can talk to her about all kinds of things, and he jumps at the chance. He knows if he lets her get too close she will be able to talk him out of going, but at the same time he finds it utterly impossible to ignore her, and the duality absolutely infuriates him. Grace, on the other hand, finds herself seriously confused by Euan's hot-and-cold nature, and equally as confused as to why it bothers her when it normally wouldn't. At the same time, she's desperate to stop him, because if she doesn't then she fails her mission and who knows what could happen to the future! It puts her in a no-win situation and forces her to make a choice that, in the end, changes everything." 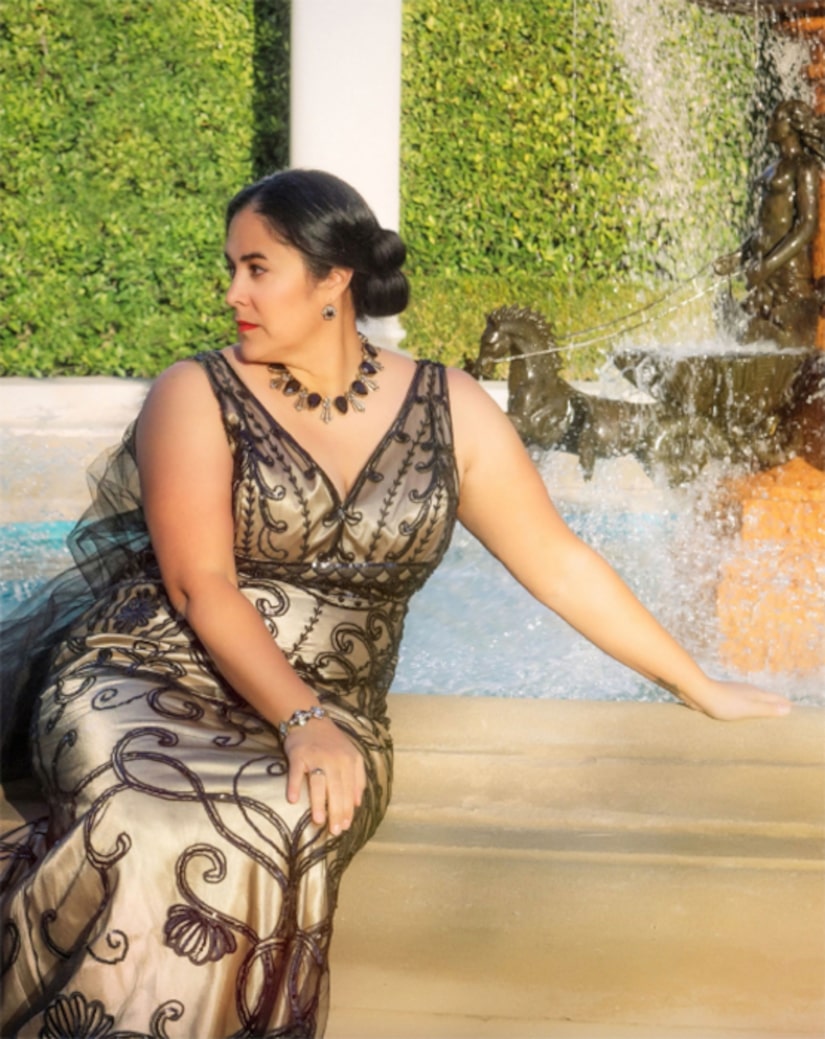 Q: You really get to delve into Scottish history in this book. What kind of research did that require?

"The short answer is: a lot! I absolutely love history, and one of my pet peeves is books/shows that get the history wrong or purposely change it for "drama." Honestly, history is fascinating and full of drama all on its own! When I wrote this first book, my goal was to not change history to suit my story, but to weave my characters through the real history without changing it, and I feel like I was successful there. I read countless books, articles, and thesis papers. I looked at archival material and primary sources when I could. I reached out to historians who specialize in this period, and they were kind enough to answer all of my questions, and then the follow up questions their answers generated. I searched for the fun anecdotes that no one would actually believe happened if it wasn't written down. I met with and spoke to the current chief of Clan Cameron over tea at Achnacarry Castle, who really is a lovely gentleman and took the time to help me make sure I was on the right track. This is his clan's history, after all! That was all part of a trip to Scotland where I "location checked" the places I wrote about to make sure everything was where I said it was and what I wrote was correct. I stayed at Achnacarry, on the estate where Euan spends his entire life, so everything I describe there actually exists and you can see it if you go there. I also went to Culloden to see it for myself and stood in the woods where Euan and Grace speak just before the battle, the exact spot, where you can turn around and see the blue flag marking the Jacobite lines and the location where the Cameron regiment was that day and where Euan turns to see his men after the Cameron battle call. It was an incredible and heartbreaking experience, and I think that really adds to the immersive feel of the book."

Q: This is just the beginning, what can you tease about a “The Watchers” series?

"Oh, this is absolutely just the beginning! Grace and Euan's adventures take us all over history and bring us face to face with not only well-known historical figures and events, but the sometimes ugly realities of history we don't like to talk about. As the books go on, we see them grow and we grow with them, and we witness the transformations of both characters engendered by their shared experiences. They are both really fascinating characters both on their own and together. There is, however, quite a bit that is being hidden from them regarding the truth about who they are and what they're meant to do. Nothing is as it seems. There are 13 books in Series One, and they've all been written already, and I just recently started working on Series Two. If you worry about getting invested in a series because you're afraid the author won't finish it, I promise you it won't happen with this one!"