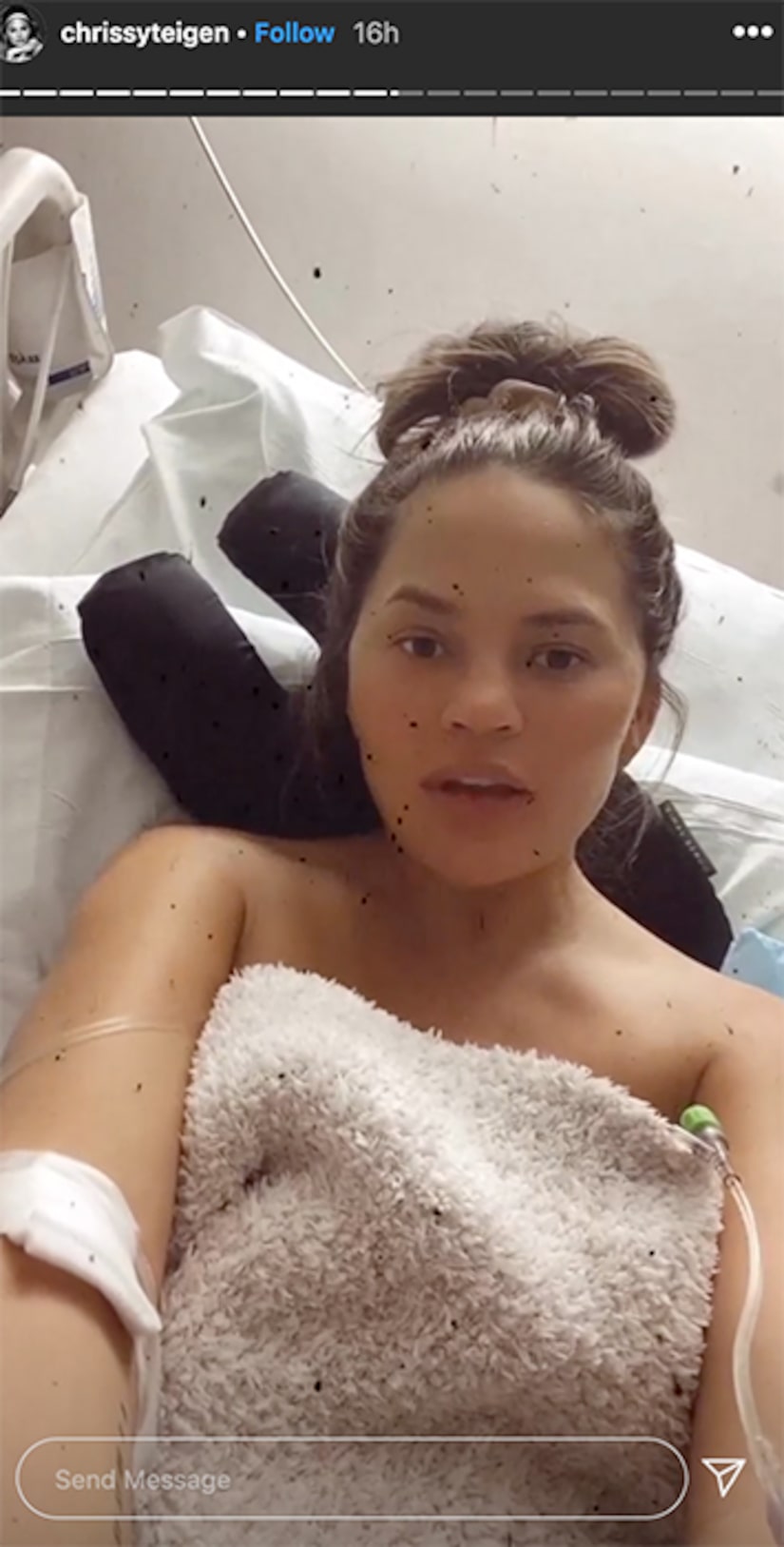 Teigen also revealed that it was somewhat difficult to hear her unborn son's heartbeat, writing, “The scramble to hear the heartbeat seemed like hours. I never thought I'd relief sigh so much in my liiiiife.”

The day before, Teigen took to social media to share an update on her health. She told her Instagram followers, “hello from hospital. about to have my second blood transfusion which truly truly truly sounds more dramatic than it is. It's an IV, but instead of fluids, the blood of some kind human being out there. Baby and I are completely fine, just missing the little things like walking...cooking...playing with the other buttbutts."

Along with the post, Teigen included a pic of herself from New Year's Eve, joking, “It all makes sense now.”

On her Instagram Story, Teigen stressed the importance of donating blood, saying, “I got the blood of somebody, so if you donate blood, it goes to actual people, people that might be me."

Before being admitted to the hospital, Teigen was on bed rest for two weeks. Over the weekend, she revealed, “And that's like super serious bed rest, like get up to quickly pee and that's it. I would take baths twice a week, no showering.”

“I was always, always bleeding. I'm about halfway through pregnancy and blood has been going for a month...maybe a little less than a month,” Teigen pointed out. “But we're talking more than your period, girls, but definitely not spotting. A lot of people spot and it's usually fine. Mine was a lot. Every time I'd go to the bathroom, it would be blood, but honestly, just laying there would be blood. But today the big difference was that it kind of was like you were to turn a faucet on to low and leave it there. It was at the point today where it was, like, never stopping.

As for the health of her third child, Teigen dished, “The baby is so healthy, growing stronger than Luna or Miles. He moves a lot. He's moved so much earlier than they ever did. He's like a roly-poly. We have like a million great pictures of him. He's just so different than they were. So he's so strong and I'm just so excited for him because he's so wonderful and just the strongest little dude, so I can't wait for him."

Of her “weak placenta,” Chrissy emphasized, “Basically, he's the strongest, coolest dude in the s---tiest house. His house is just falling apart. It didn't have a good foundation to begin with, though. He didn't have the strongest chance at the very, very beginning."

Chrissy's husband John Legend has been by her side while she stays in the hospital. 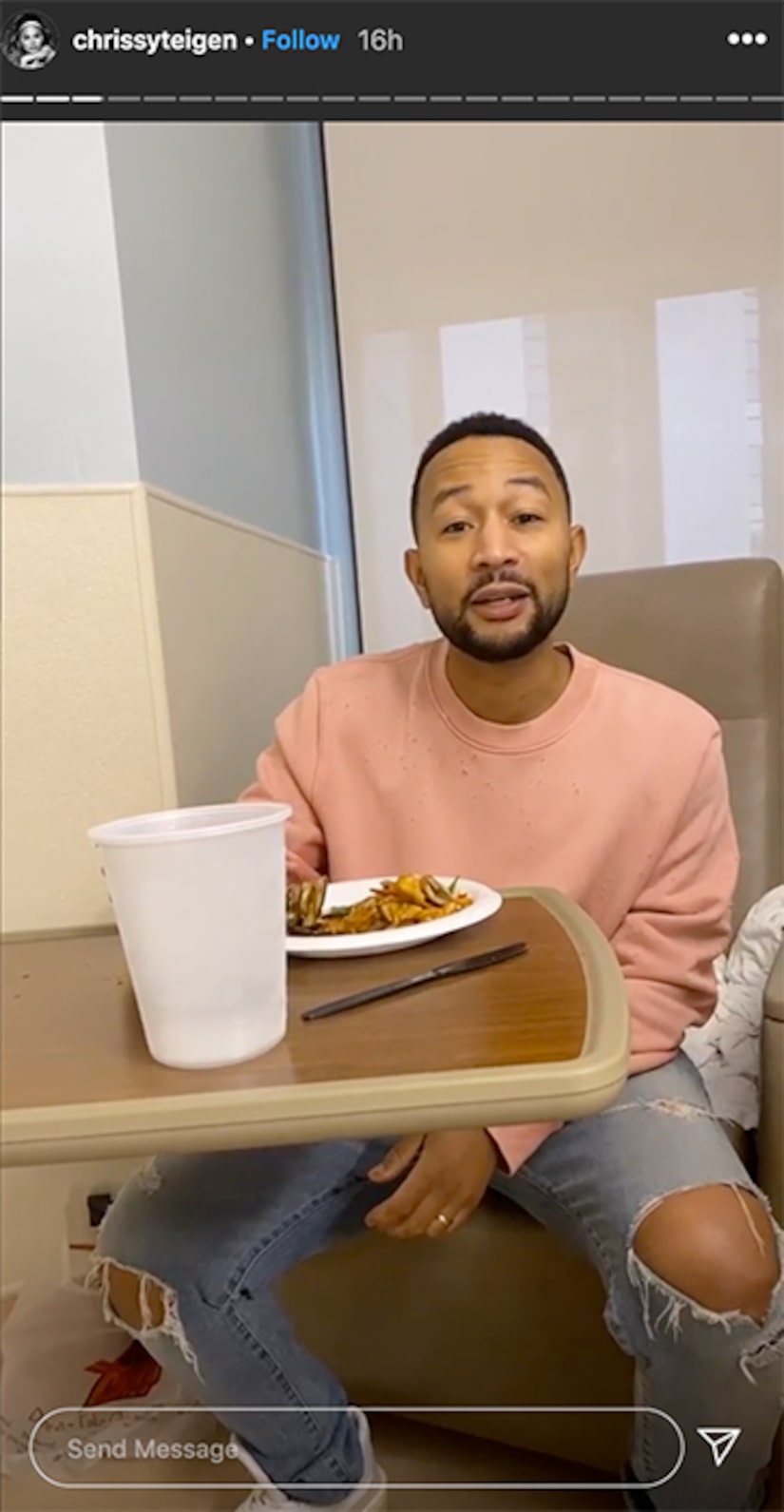 In August, the pair announced they were expecting in his new music video “Wild.” 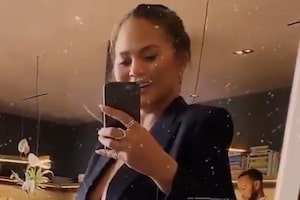 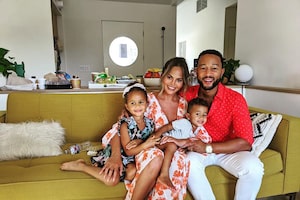 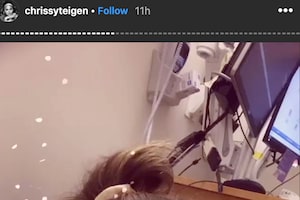