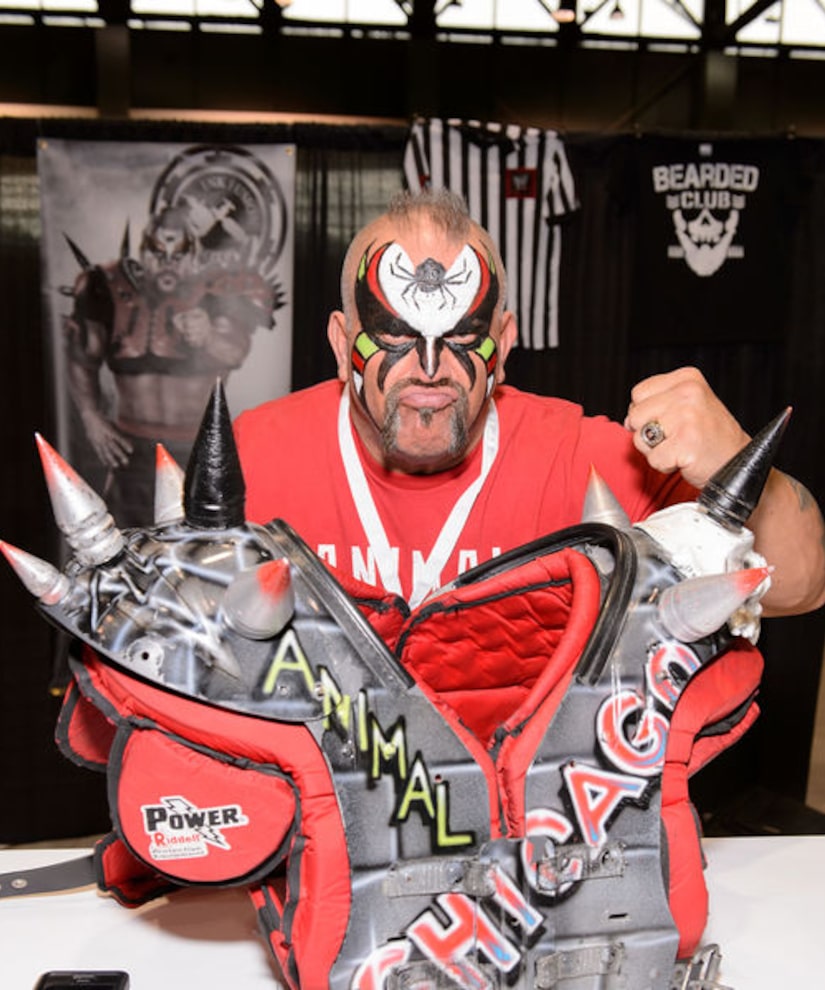 WWE legend Joseph Laurinaitis aka Road Warrior Animal has passed away at the age of 60.

According to the outlet, the cops responded to a call from Laurinaitis' wife at 11:49 p.m. Tuesday. When they arrived, he had already been declared dead by emergency personnel.

His death was confirmed on his Twitter page. A statement read, “At this time, we would like to confirm the passing of Joseph Laurinaitis aka Road Warrior Animal at the age of 60. The family is planning to release a statement later today. At this time we ask for you to keep everyone in your thoughts and prayers. #OhWhatARush.”

After hearing about his death, Hulk Hogen posted, “RIP Animal,love you my brother. I know you and Hawk have a lot of unfinished business to take care of! God speed and blessings to your beautiful family,one love4Life."

Laurinaitis' death comes nearly 10 years after he was inducted into the WWE Hall of Fame.

During his career, Laurinaitis headlined several WWE events with tag team partner Road Warrior Hawk, who died of a heart attack in 2003.