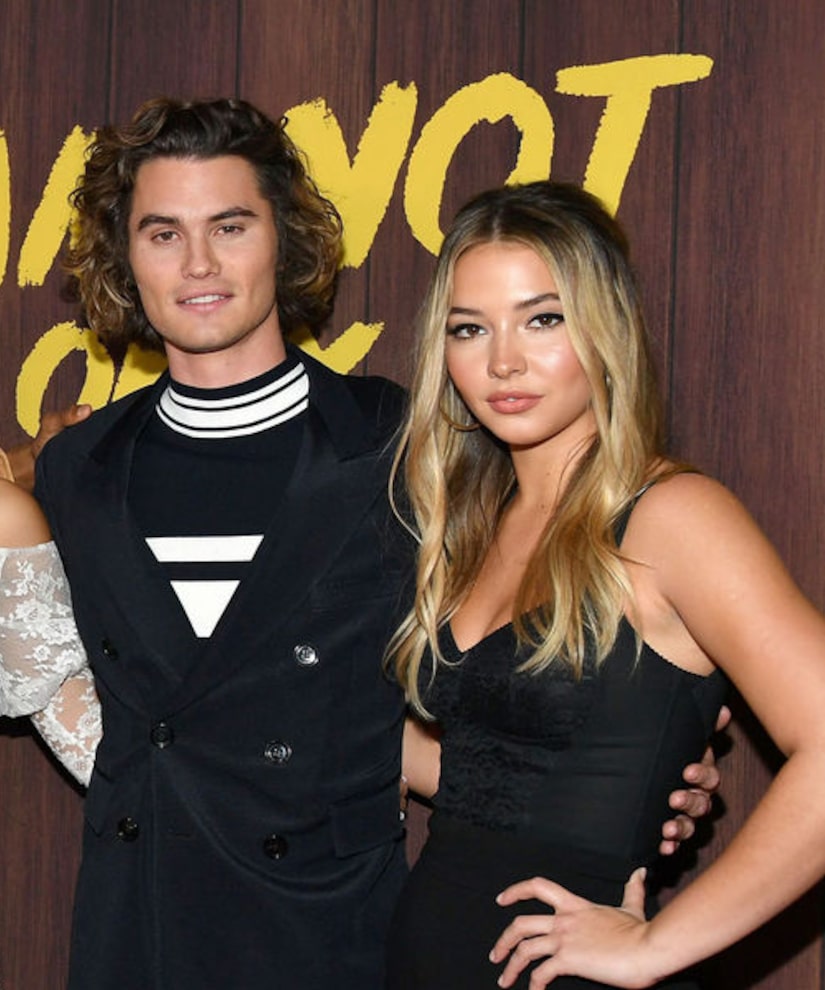 In the music video, the two can't keep their hands off each other as they explore the town together and dance the night away.

The video ends with a passionate kiss between the two, who confirmed their IRL relationship a few months ago.

In June, Stokes made it Instagram official by posting pics of their beach date. He wrote, “cats outta the bag ❤️.”

On “Outer Banks,” Chase and Madelyn play a couple John B and Sarah Cameron, who was previously in a relationship with Topper.

Cline responded to the post, “Topper punching the air rn. I've fallen and I cant get up."

The following month, Chase opened up on finding love after the show, telling "Today," "It was cool to work with somebody you're really good friends with. And to take the time to fall for each other after the show had wrapped was really cool. I was talking to my mom about it… it was cute and fun and it's super cool to be a part of something with your partner and watch the success of it all together."

The couple quarantined together with some of their castmates during the COVID-19 pandemic. He shared, “We spent the first half of quarantine together in Los Angeles. After a while of being stuck together in a 700-square-foot apartment, we were like, 'We need to go home.' So we all hopped on flights and went back to our respective homes."

During the pandemic, “Extra's” Jenn Lahmers spoke with Chase, who opened up on his crush, Jennifer Aniston. He admitted he “cried” when he found out that Aniston was on Instagram, saying, “I just sat there like a really cheesy rom-com. [I] looked at my phone and tears started welling up. I haven't DMed her yet. I've thought about it, but I'm gonna shoot my shot eventually.”