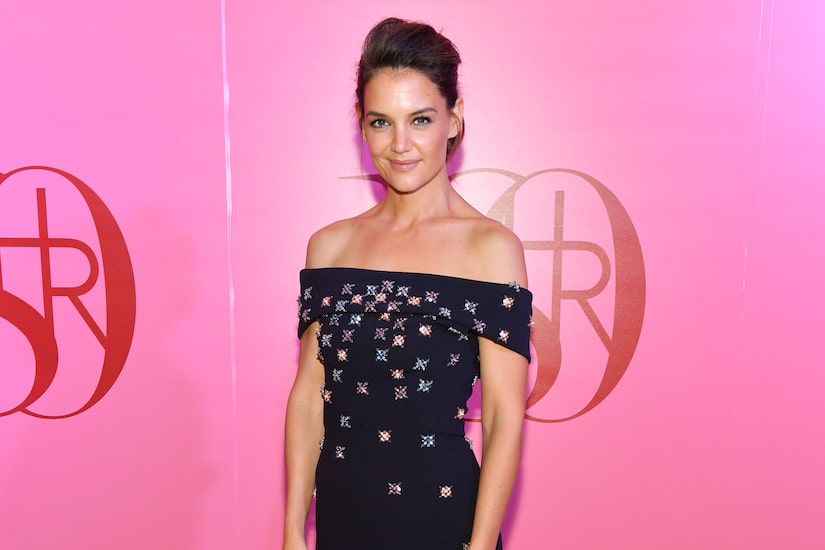 A year after her split with Jamie Foxx, it looks like Katie Holmes is back on the dating scene!

In photos obtained by TMZ, the two were seen enjoying some wine while sharing a few laughs together.

The outlet reports the mystery man is chef Emilio Vitolo of Emilio's Ballato, which his family has owned since the '90s.

Based on social media, Vitolo appears to be in a relationship with Rachel Emmons, the designer at Anna Rachel Studio.

Rachel recently posted a pic with Emilio in late July.

They hadn't been spotted together since their red-carpet debut at the Met Gala. For the star-studded event, the super private couple coordinated their outfits, Jamie wore purple shoes with his black suit and tie to match Katie's Zac Posen gown, which featured a palm leaves collar that took over 56 hours to make. 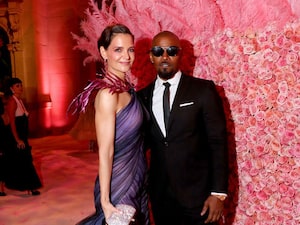 While Katie opted to hit the pink carpet with BFF Zac, she and Jamie did pose as a couple inside during the cocktail reception against a pink floral wall.

While they had been very private about their romance for many years, Jamie and Katie were just starting to step out together, including being seen holding hands on a stroll in NYC.

They first sparked rumors in 2013 when they were seen hanging out at a benefit concert in East Hampton, New York.