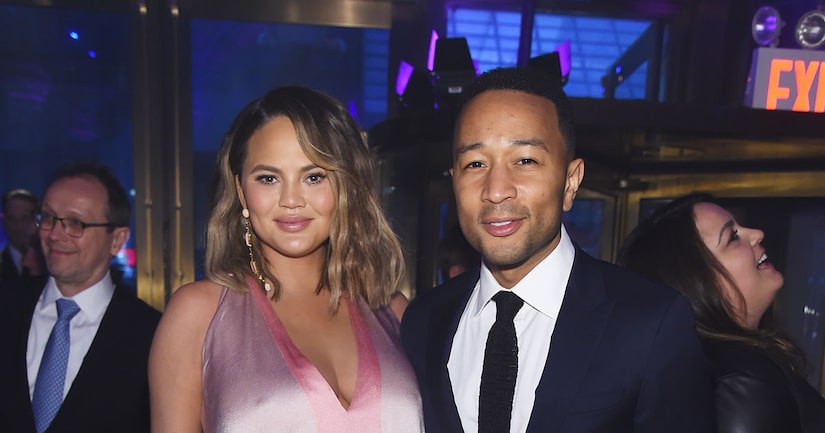 It looks like singer John Legend, 41, and model Chrissy Teigen, 34, are having another baby!

At the end of the music video, John is seen cradling Chrissy's growing baby bump while they enjoy time at the beach with their kids Luna, 4, and Miles, 2.

Teigen didn't confirm the pregnancy, but tweeted a smiling heart emoji in response to Vevo's tweet about the music video, promoting a “beautiful surprise.”

After watching the video, one fan wrote on Twitter, “Baby #3? The hands on the belly…”

Another one tweeted, “I gasped SO loud at the end. Pleaseee tell us it's true!? The music video was beautiful. Smiling face with heart-shaped eyes.”

A source close to the couple confirmed to "Extra" they are expecting.

“Extra's” Nate Burleson spoke with John about the video, which was shot in Mexico. He revealed, “We were on vacation in Mexico. When I say vacation, we just stayed in another house in Mexico… It was like moving our quarantine to Mexico… We set aside some time to shoot the video.”

Legend described the music video as “beautiful” and “passionate,” adding, “It really reflects the energy of the song beautifully.”

Nabil Elderkin, who introduced the couple when he shot them for John's single "Stereo" in 2006, directed the video. John dished, “He was like, 'I want you to meet this young lady — I think she would be great for the video, and I think you will like her, too,' and that young lady was Chrissy Teigen.”

Chrissy and John have been married since 2014.

As for his decision to release his album “Bigger Love” on Juneteenth, John explained, “It's always been important for a lot of Black American scelebrating emancipation, but for a lot of people, it wasn't on their radar, on their calendar, till this year — and I think it was a powerful way to celebrate.”

The always outspoken Legend also expressed his disapproval of President Trump, saying, “He's the exact wrong leader for this country for this time of stress and protests.”

Legend is also not a fan of Kanye West's presidential run, saying, “His campaign is an arm of the Trump campaign, so if you support his candidacy, that means you're supporting Trump… Don't fall for the okeydokey.”

Meanwhile, John is taking on his own leadership role — as the Chief Music Officer for popular app Headspace. He shared with "Extra," "We're gonna curate playlists for people to help them focus and be more mindful.” 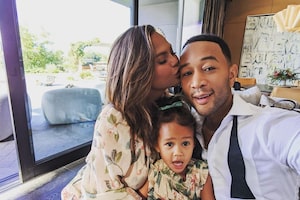