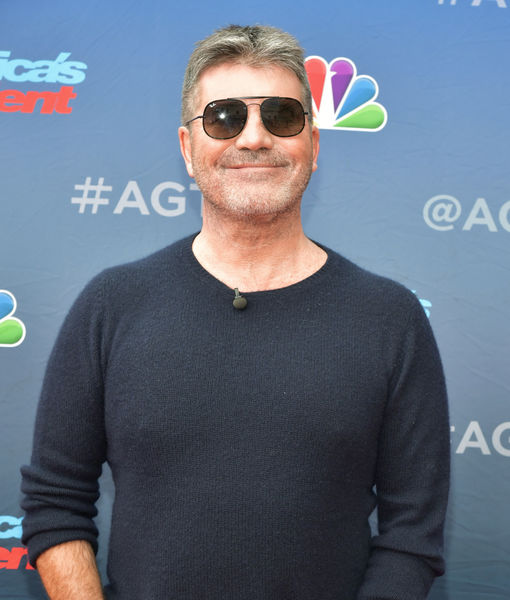 Simon Cowell is recovering from back surgery following a bike accident over the weekend. “Extra’s” Terri Seymour has the latest on his condition, and shared the news with our Senior Executive Producer Lisa Gregorisch-Dempsey.

The incident happened while Cowell was at home with his partner Lauren Silverman, their 6-year-old son Eric, and her 14-year-old son Adam.

Terri told “Extra,” “On Saturday afternoon Simon was in the courtyard of his Malibu home with Eric and Adam and he wanted to show them his new electric bike. It’s very fast and very powerful. I don’t think he realized how powerful it was, and he flew off the bike, landed on his back… obviously was in a lot of pain, in agony.”

Once the paramedics came, she said, “Lauren followed behind. They gave him an X-ray and knew immediately he needed surgery.”

Terri confirmed that "part of his back was broken” and set the record straight on reports he was close to being paralyzed, saying, “It was one centimeter away from his spinal cord — that is true.”

She went on, “It’s bad and he is in agony. It could have been so much so much worse.”

Terri revealed Simon is doing well and is in good spirits Monday, and that Lauren told her, “He’s on his iPad, making phone calls, working. He actually just took a few steps.” Simon does have a long road ahead, she added: “He is going to need a lot of physical therapy.”

Terri said Silverman joked that he’s “already bossing [me] around.”

Terri said Simon will not be back for the start of “America’s Got Talent” Tuesday, but “You never rule anything out with Simon. Recovery is going to be a long road ahead. He’s so determined. He’s so upset to miss these live shows. It’s his baby — of course he wants to be there. Let’s just wait and see.”

Simon took to social media to praise his medical team. Terri added, “They have been amazing. I know both Simon and Lauren are so thankful to the surgeon, doctors, and nurses. I stayed with Lauren Saturday night. They were calling throughout the night with updates.”

Simon Cowell’s Emotional Reaction to ‘AGT’s’ Archie Williams, Plus: His…