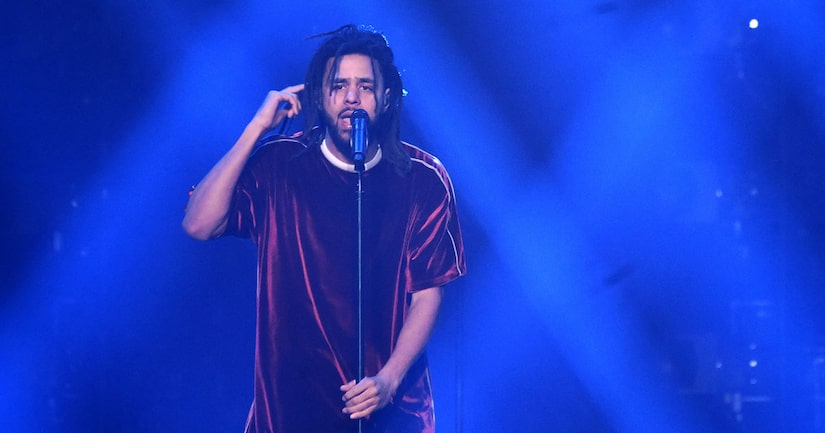 In a personal essay for The Players' Tribune, Cole confirmed that he has welcomed two sons. While he didn't reveal much details about them, he noted that he learned that he would become a father in 2016. He said, “It wasn't a surprise. I had been taking steps to change my life for the past couple years, and I felt ready.”

Cole tied the knot with Melissa Heholt in 2015. While they kept it a secret, director Ryan Coogler accidently let it slip during a 2016 interview with Cole. When Coogler asked how marriage had changed Cole's life, the rapper had a shocked look on his face. After Coogler realized his mistake, he apologized, saying, “I never interviewed someone before — my bad."

Cole responded, "That was like one thing to not do. But it's all good... They know now."

Over a year ago, Cole discussed fatherhood in a GQ interview. Asked how fatherhood had changed his life, he told the magazine, “For a while, I felt a little weird about it. Like, nah. I felt, 'Did I miss something?' 'Cause I didn't feel the change that people talk about. And then I figured out what it was."

“I changed my life in order to get ready to have a family and to have a son. I literally changed my life, where I was living, the things that I was doing. I changed. So because of that, when my son came, I was ready. I already made room,” Cole went on.

Around that time, Cole also released a song “Sacrifices,” expressing thanks to his wife. He rapped, “She gave me the gift of my son, and plus we got one on the way.” Cole never announced when his second child arrived.

Cole has kept his personal life private, so it is no surprise that he didn't confirm his two sons until now. At the end of his essay, he reflected, “Four years have passed. In that time I've been blessed with two sons, learned the delicate art of balance between parenthood and career, had the pleasure of working with a ton of talented artists as a featured rapper, spent 10 magical days recording a Dreamville album in Atlanta, and put a lot of time and energy into sharpening my sword and growing as an artist.”

Cole's essay also focused on giving up his love of basketball to pursue his career as a rapper. Since bursting onto the music scene in 2011, he has earned 11 Grammy nominations, winning one this year for Best Rap Song.

J. ended his essay with his goals for the future, saying, “On my career bucket list, there remain a few more items to check off before I give myself permission to enter whatever the next chapter of my life may be.”

He added, “However, as I approach the summit of this mountain, I still find myself staring at that other one in the distance, wondering if I can climb. At 35 years old, I know that sounds crazy when said out loud, but I believe all of the best dreams do.”