Valentina Sampaio is the first-ever transgender model to pose for the Sports Illustrated Swimsuit issue! 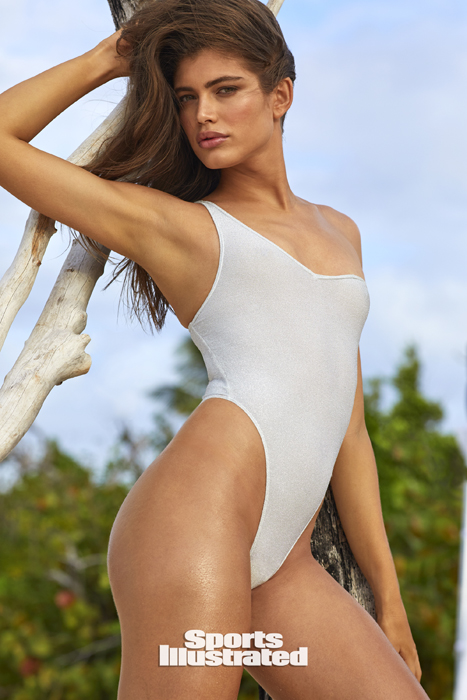 The 23-year-old is one of eight rookie models in the upcoming issue, set to hit shelves on July 21.

The Brazilian beauty stuns in the photo shoot as she walks the beach in a shimmery gold bandeau bikini, and poses in a white one-piece.

The photos were snapped on Scrub Island in the British Virgin Islands by photographer Josie Clough.

Sampaio shared her personal story on the magazine’s website, writing, “I was born trans in a remote, humble fishing village in northern Brazil. Brazil is a beautiful country, but it also hosts the highest number of violent crimes and murders against the trans community in the world — three times that of the U.S.” 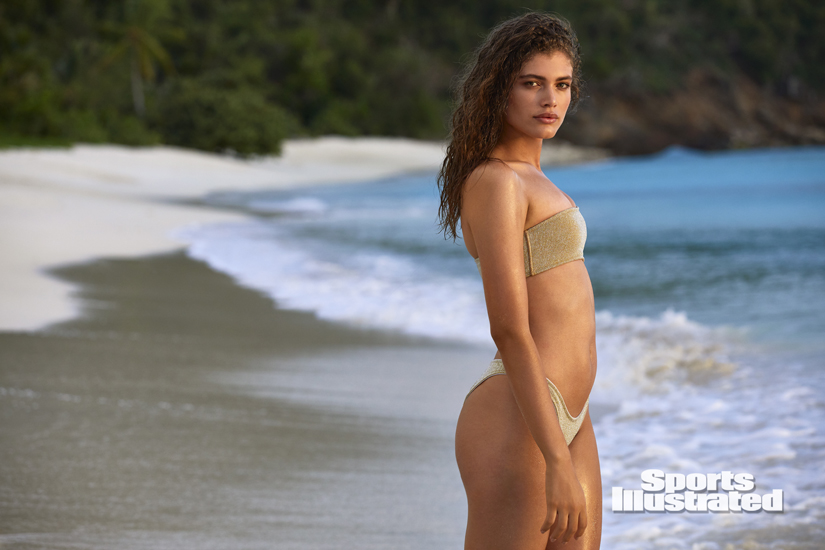 She continued, “Being trans usually means facing closed doors to peoples’ hearts and minds. We face snickers, insults, fearful reactions and physical violations just for existing. Our options for growing up in a loving and accepting family, having a fruitful experience at school or finding dignified work are unimaginably limited and challenging. I recognize that I am one of the fortunate ones, and my intention is to honor that as best I can.”

Valentina went on, “What unites us as humans is that we all share the common desire to be accepted and loved for who we are.”

She thanked SI for “seeing and respecting me as I truly am.”

Sampaio also became Victoria’s Secret's first openly transgender model when she was hired last year. She was also the first trans model to land on the cover of Vogue Paris, Brasil, and Germany. She has worked with Marc Jacobs, Dior, and H&M. 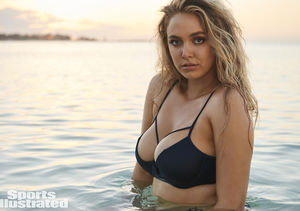 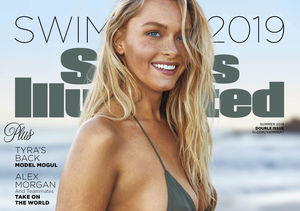 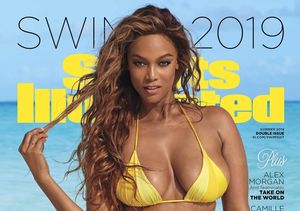