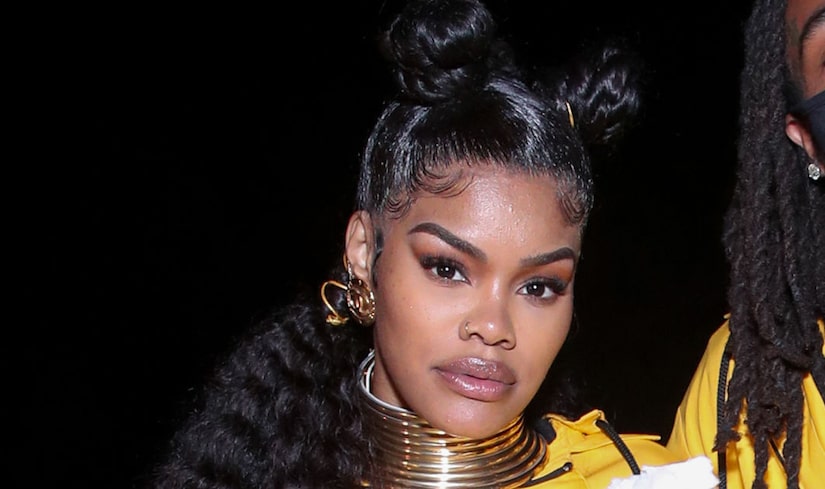 Teyana Taylor has a lot to celebrate. She has new music out and a baby on the way with NBA star Iman Shumpert!

“Extra's” Jenn Lahmers caught up with Teyana, who recalled giving birth to their daughter Junie at home alone, saying she hopes the second time around will be easier.

Junie is now 4 years old, and helping to pick out her baby sister's name. “Junie's going through a lot of names, I'm giving her creative control,” Teyana said.

Teyana, who shot to fame in Kanye West's “Fade” video, announced her pregnancy news in her own music video for “Wake Up Love,” off her new album, “The Album.”

She included the 911 call of her home birth in the intro. She said, “It was chapters of my life and that's how I felt like I wanted to open the album, because it was the album for me, you know, to really get every single emotion across.”

Taylor is also starring in the sequel “Coming 2 America” with Eddie Murphy. She said, “I'm excited. I can't wait to see it. Honestly, I'd never been more nervous in my life… to be on set with like that many legends and icons was a lot for me… I had to really just like calm down and just catch my breath a few times.” 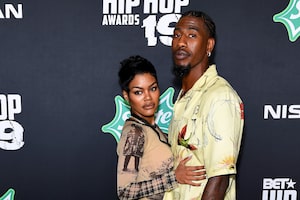