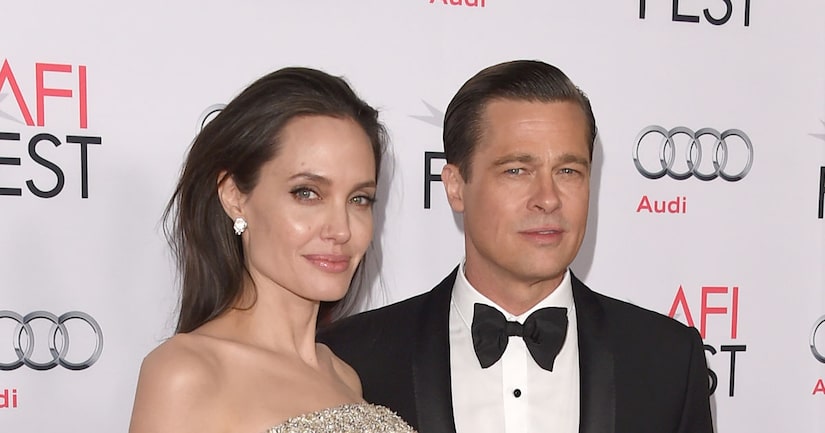 Four years after their split, Brad Pitt and Angelina Jolie appear to be on better terms.

Last month, Pitt was spotted at Jolie's home in Los Angeles, where their kids have been hunkering down during the COVID-19 pandemic.

In the photos, obtained by DailyMail.com, Pitt was seen leaving on his motorcycle after a two-hour visit.

A source told People magazine, “They definitely needed help figuring out all the child-custody issues and how Brad could be a dad again. Since the kids are older now, they are no longer dealing with separation issues from Angie."

“It's taken them a long time, with a lot of family therapy, to get to this point,” the source added. "The younger kids go back and forth between their houses, and Brad loves spending as much time with them as possible. He seems much happier."

Jolie recently shed some light on the divorce. Mentioning their six kids, Maddox, 18, Pax, 16, Zahara, 15, Shiloh, 14, and twins Vivienne and Knox, 11, she told Vogue, “I separated for the well-being of my family.” 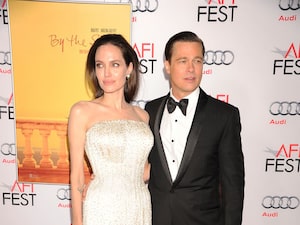 “It was the right decision,” Jolie emphasized. “I continue to focus on their healing. Some have taken advantage of my silence, and the children see lies about themselves in the media, but I remind them that they know their own truth and their own minds. In fact, they are six very brave, very strong young people.”

In the interview, Jolie also opened up on her life under quarantine. She said, “I'll be working with UNHCR on the global crisis and keeping connected and raising awareness of the realities on the ground. And continuing to work with the BBC World Service, on a media literacy initiative for young people. I'm also collaborating with Amnesty International on a book project for children's rights. I went into lockdown thinking it would be a good time to learn to cook. Never happened. I know my limits.”

As for Brad, he has been showing love to frontline workers. In the "United We Sing: A Grammy Tribute to the Unsung Heroes" CBS special, Brad gave a shout-out to Darnell Rudolph, a New Orleans waste management worker, who wore a mask and gloves while cleaning the streets.

Brad also showed his support for George Floyd at a Black Lives Matter protest in Los Angeles. Protester Aree Khodai told DailyMail.com, “He was on his bike the entire time and was wearing a George Floyd hoodie. He was there for the right reasons, he wasn't trying to draw attention to himself. He seemed into it and seemed inspired, it was so beautiful of him to be there.”

Khodai added, “Every time the march stopped he tried to listen in to what speakers were saying. At one point he had his mask off and was smiling, he seemed very happy and you knew instantly it was Brad from his smile.”

Brad and Angelina's divorce has not been finalized yet, but they were legally declared single last year. They tied the knot in 2014, nearly 10 years after meeting on the set of “Mr. and Mrs. Smith.” 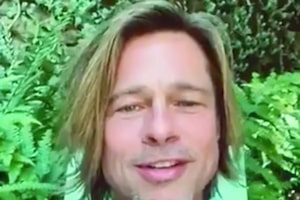 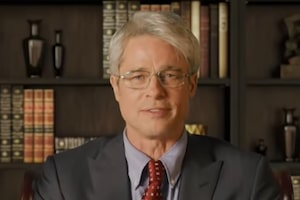 Dr. Fauci Gets His Wish: Brad Pitt Plays Him in 'SNL' Opener