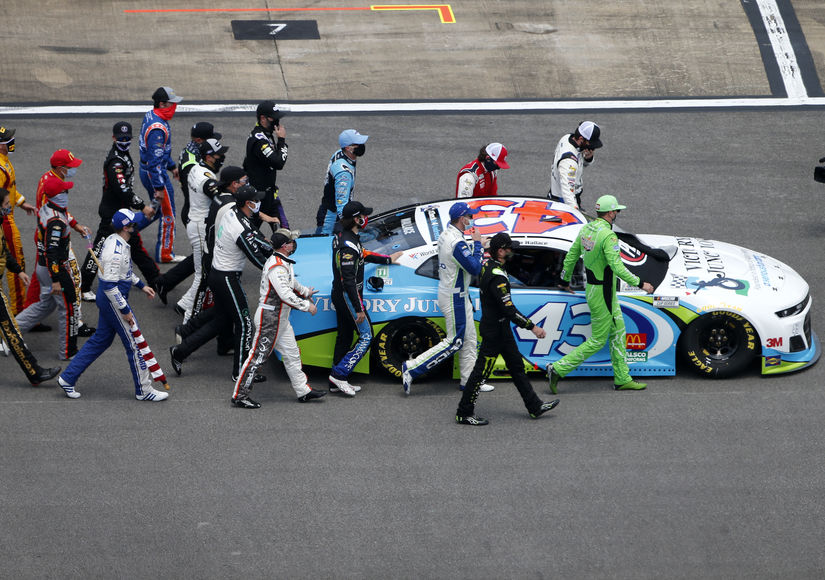 UPDATE: U.S. Attorney Jay E. Town and FBI Special Agent in Charge Johnnie Sharp, Jr. released a joint statement on Tuesday, revealing evidence shows the rope, believed to be a noose, found in Bubba Wallace’s garage had been there since at least October 2019. The statement claims “nobody could have known Mr. Wallace would be assigned to garage number 4” back in October 2019. Therefore “no federal crime was committed.”

NASCAR is rallying around Black driver Bubba Wallace after a noose was found in his team’s garage.

In an emotional scene in Talladega, drivers pushed Bubba in his #43 car all the way to the starting line of the Geico 500 as a show of support. Team owner Richard Petty, 82, was also right there by his side. 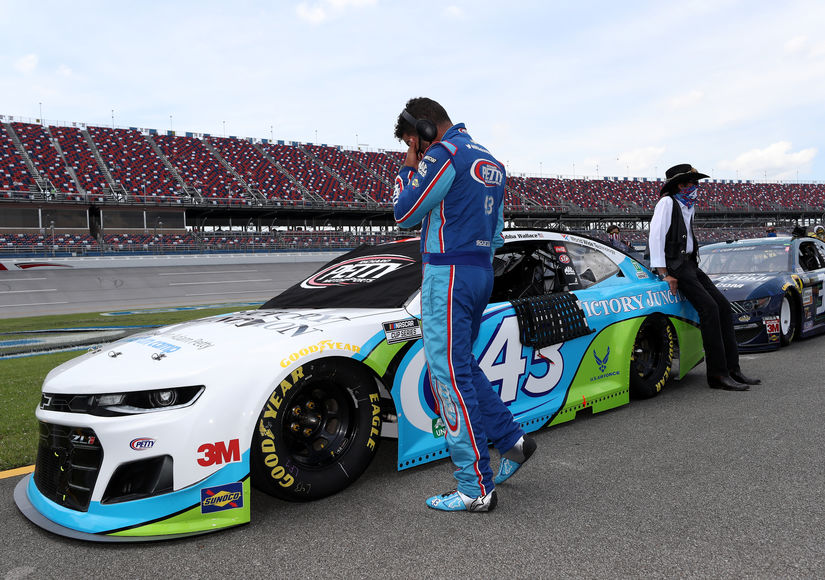 Afterward, Wallace stepped out of the Chevrolet and squatted down next to the driver’s side with his head resting on the door. 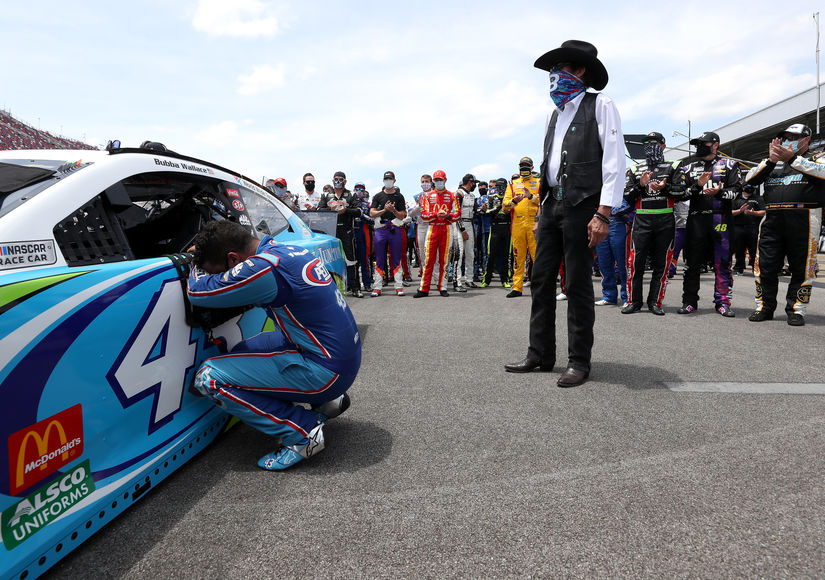 The group also participated in a prayer for unity and the racers lined up to hug Bubba after the National Anthem.

On Sunday, news broke that the noose had been found in Bubba’s car stall at Talladega Superspeedway. 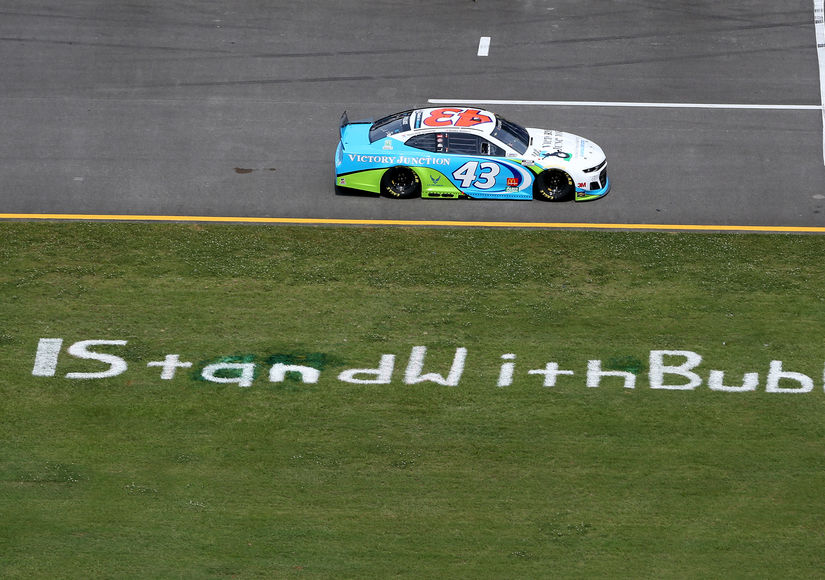 NASCAR reacted in a statement, "We are angry and outraged and cannot state strongly enough how seriously we take this heinous act. We have launched an immediate investigation and will do everything we can to identify the person(s) responsible and eliminate them from the sport. As we have stated unequivocally, there is no place for racism in NASCAR and this act only strengthens our resolve to make the sport open and welcoming to all."

Bubba tweeted about the incident, writing, "Today's despicable act of racism and hatred leaves me incredibly saddened and serves as a painful reminder of how much further we have to go as a society and how persistent we must be in the fight against racism.”

He went on, “Over the last several weeks, I have been overwhelmed by the support from people across the NASCAR industry including other drivers and team members in the garage. Together, our sport has made a commitment to driving real change and championing a community that is accepting and welcoming of everyone. Nothing is more important and we will not be deterred by the reprehensible actions of those who seek to spread hate.”

Wallace added, "As my mother told me today, 'They are just trying to scare you.' This will not break me, I will not give in nor will I back down. I will continue to proudly stand for what I believe in."

Last week, Bubba competed in a Black Lives Matter race car and called on NASCAR to ban the Confederate flag. His request was granted.

Win It! A $50 Ocelot Market Gift Card for Artisan-Made Products 6