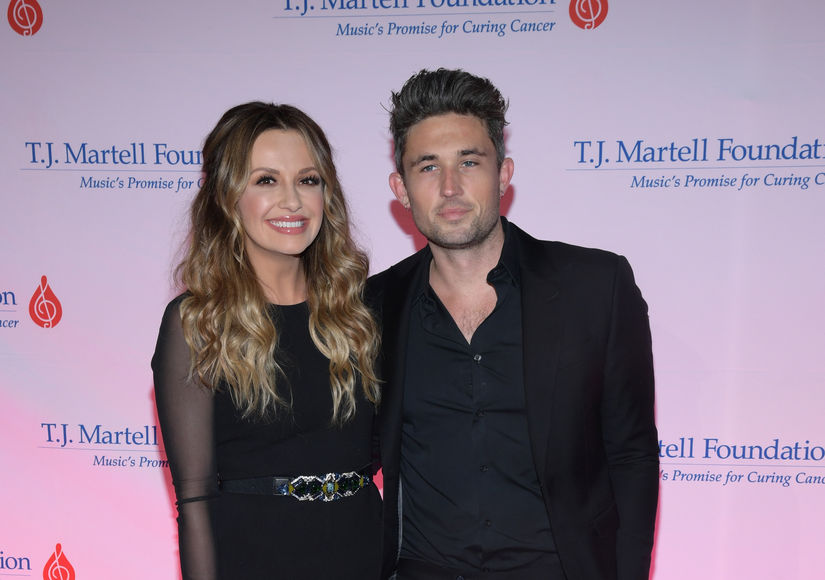 After less than a year of marriage, country singers Carly Pearce, 30, and Michael Ray, 32, are over.

Carly filed for divorce on Friday, with their reps confirming the split to People magazine.

A source close to Pearce told the outlet, “This was a hard decision. It wasn’t something she wanted to have to do. This hasn’t been a quarantine realization — it was a last resort.”

Just weeks ago, Carly and Michael appeared together at the Grand Ole Opry, where they shared the stage with Steve Wariner and Lee Brice sitting between them. Though they were on opposite ends of the stage, Michael and Carly were seen wearing their wedding rings during their performances.

During the COVID-19 pandemic, the pair has been splitting time between their Nashville home and their families’ homes.

Before their performance, Michael opened up on life under quarantine, telling People, “You just drink wine and walk around a small town. I don’t think I’ve ever walked more in my life. I felt like we were retired. We just didn’t have anything else to do but walk.”

“It’s been a hard time for everybody,” Ray added. “But we’ve really tried to find the silver lining in it, and go, ‘We’re not getting out of this, so how do we make the most of it?’”

In April, Carly discussed her decision to isolate with her family in Alabama. She explained, “I got scared. My mom has weak lungs, and she had some scares last year with pneumonia — I just didn’t want to be seven hours away from her right now. I’m an only child, so I made that decision.”

She continued, “Michael has been here the majority of the time, but he’s working on new music and trying to figure out how to make an album in this quarantine. He’s been in Nashville and he went to see his family too.”

Carly added, “It’s been a crazy time, but a content time. To be able for us to spend this much time together and with my parents at this time has been a blessing... We really have been operating like two normal people rather than two artists juggling schedules and never seeing each other.”

All lights are on you (youre gonna hate me for this photo) As they should be. There is so much going on around us but today it gets put on hold to celebrate your heart and you as a beautiful human. You ended your 20s with Platinum and gold singles you’re an inspiration tink and what a way to close it out. Now 30 it’s gonna be a decade that elevates all of life even higher. Hope you feel all the love you deserve today because you deserve it! May the Clorox keep our hands clean but may your age, my mind and our livers stay dirty! Love you CP

Leading up to the split, Carly and Michael were posting less about each other on social media.

Happy Birthday to this guy, who also happens to be celebrating a Top 20 single this week (PROUD)! Of all the photos I have, I chose this one because I miss getting these secret selfies from guitar solos during your shows. What a crazy time, but I’m thankful to have you to go through it with. I hope this year is your best yet and brings you happiness, fun & enjoyment in life. Love you ♥️🎉🧁

The couple tied the knot in October in Nashville. At the time, Pearce gushed, “Knowing without a shadow of a doubt that I didn’t settle for something less than truly the person that I think was made for me is something that I am thankful for.” 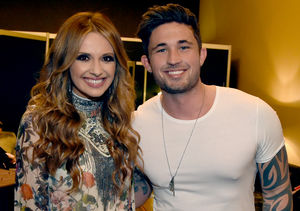 “No matter what, I have her in my corner,” Ray dished. “No matter what, she has me in her corner. I tell her, you’re never going to face anything alone. Never will there be anything in life that you don’t look over and I’m standing beside you.”

The two began dating in the summer of 2018, just a few months before he proposed.

Carly and Michael made it Instagram official in July. Along with a pic of them cuddling on a couch at the Grand Ole Opry, she wrote, “And then one random night at the Nashville Palace changed everything. ❤.”